Nearly 1 in 6 lupus patients hospitalized in the United States are readmitted within 30 days.

Nearly 1 in 6 lupus patients hospitalized in the United States are readmitted within 30 days.

To address this gap in the literature, Jinoos Yazdany, MD, MPH, of the University of California, San Francisco, examined hospital readmission rates and the factors associated with readmissions among patients with SLE.

Patient data was collected using an administrative archive that includes records from 85% of hospitals in the United States, excluding acute-care facilities and federally administered facilities. Using ICD-9 codes, Yazdany and colleagues searched the database for patients with a diagnosis code that indicated SLE in the period between January 2008 and November 2009.

In assessing 31,903 patients with SLE with at least 1 hospitalization during this time period, the investigators examined factors associated with readmissions. Among these patients, a total of 55,936 admissions occurred, about 1 in 6 of which resulted in readmission within 30 days of the first hospitalization. 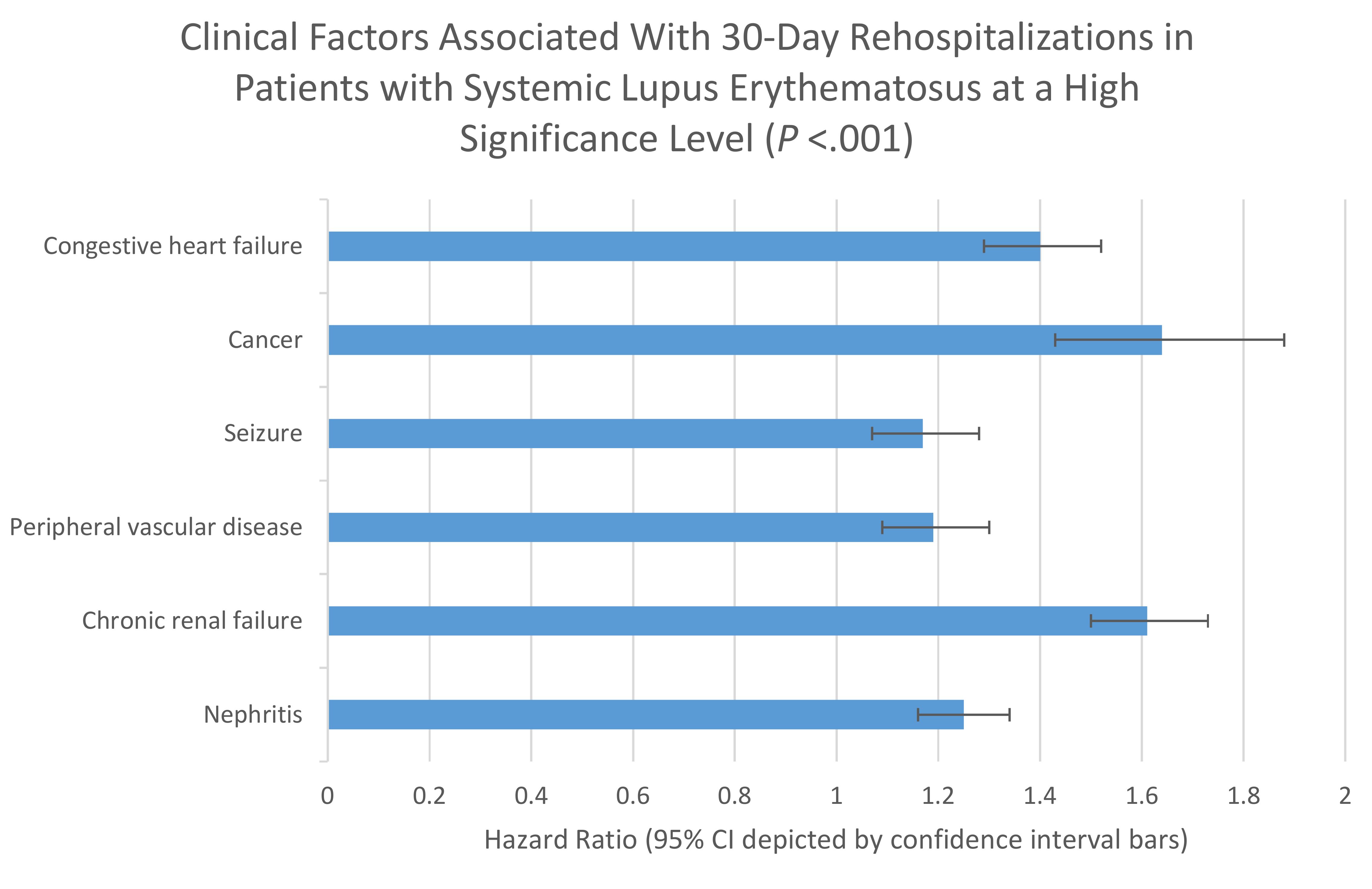 Understanding the factors associated with a greater likelihood of readmission may help clinicians identify patients in need of special attention while arranging transitions of care to reduce the risk of readmissions. This work also provides a benchmark for evaluation of quality improvement initiatives among patients with SLE in the United States.