Bayer Healthcare and Janssen Pharmaceuticals Inc., the makers of the Xarelto® (rivaroxaban), agreed to resolve approximately 25,000 state and federal claims about the drug with payment.

A settlement has been reached for litigation filed by patients with bleeding injury following the use of a prescription blood thinner.1-2

Bayer Healthcare and Janssen Pharmaceuticals Inc., the makers of the Xarelto® (rivaroxaban), have agreed to pay $775,000,000 to resolve approximately 25,000 state and federal legal claims surrounding the medication.1-2

“This is a fair and just resolution for thousands of consumers who have substantial claims,” Andy Birchfield of the Beasley Allen law firm and co-lead counsel of the Plaintiffs’ Steering Committee for the federal multidistrict litigation, said in a prepared statement.1 “This was a massive and complex matter and we appreciate the guiding role played by federal judge Eldon E. Fallon who oversaw the federal litigation.”

The matter was resolved in the United States District Court for the Eastern District of Louisiana.1

According to Bayer, the settlement amount will be shared equally between the 2 companies. Bayer’s share will be partially offset by product liability insurance.2

In a press release, Bayer officials noted that there is no admission of liability. However, the company said the “favorable settlement” allows it to avoid the distraction and cost of continued litigation.2

According to the agreement, a claims administrator and special master will be appointed to manage the claims process and any appeals and will be responsible for determining how funds will be allocated to those who are entitled to payment.1

“We’re pleased that these drug companies have agreed to allow all these Xarelto patients to move their claims forward after years of seeking justice,” said Brian Barr of the Levin Papantonio law firm and co-lead counsel of the Plaintiffs’ Steering Committee for multidistrict litigation, in a prepared statement.1 “It may have taken more than 4 years and 6 separate trials but litigation like this is an important way for consumers to have a voice in matters of drug safety.”

In addition to addressing lawsuits that are already part of the multidistrict litigation, the agreement resolves newly filed claims that meet certain criteria.1

These lawsuits filed by Xarelto patients alleged they suffered injuries, such as internal bleeding, stroke, and death. The lawsuits claim that the manufacturers downplayed Xarelto’s risks and aggressively marketed the drug as an alternative for warfarin in patients needing blood thinners to avoid dangerous clots. The lawsuits allege that doctors and patients were not fully informed of the risks, which allegedly have resulted in life-threatening complications.1

Previously, 6 cases were tried, and all were won by the Bayer and Janssen.1-2

“The safety profile of Xarelto remains positive and unchanged as confirmed time and again by regulatory agencies worldwide,” said Bayer officials, in a press release.2 “We remain committed to the more than 45 million patients who have been prescribed Xarelto worldwide and focused on developing new therapies that improve the lives and well-being of patients.” 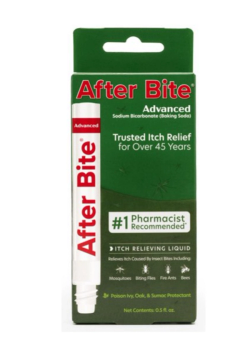