Juluca for HIV: What Pharmacists Should Know

An estimated 1.1 million adolescents and adults were living with HIV by the end of 2015, yet about 15% of them had not yet received a diagnosis, according to the CDC.1 Although the widespread availability of HIV medication has decreased the complications and progression of the disease, adverse effects, drug interactions with concomitant medications, and medication non-adherence remain concerns in achieving optimal outcomes.

In November 2017, the FDA approved Juluca, a fixed-dose tablet containing 2 previously approved drugs (dolutegravir and rilpivirine) to treat adults with HIV type 1 (HIV-1) infections whose virus is suppressed on a stable regimen for at least 6 months, with no history of treatment failure and no known substitutions associated with resistance to the individual components. With its approval, Juluca became the first complete treatment regimen containing just 2 drugs to treat certain adults with HIV-1.

Here are several key therapeutic areas with Juluca that every pharmacist should know:

Julica is indicated as a complete regimen for the treatment of HIV-1 infection in adults to replace the antiretroviral (ART) regimen in those who are virologically suppressed (defined as an HIV-1 RNA less than 50 copies/mL) on a stable ART regimen for at least 6 months with no history of treatment failure and no known substitutions associated with resistance to the individual components of Juluca.

Notably, Juluca is not indicated as initial treatment for treatment-naïve individuals with HIV-1.

The effectiveness and safety of Juluca in pediatric patients have not been established. Additionally, because of the potential for HIV-1 transmission, mothers should not breastfeed if they are receiving Juluca.

Dolutegravir is an integrase inhibitor that works by binding to the integrase active site and blocking the strand transfer step of retroviral DNA integration, which is essential for the HIV replication cycle.

Rilpivirine is an NNRTI of HIV-1 and inhibits HIV-1 replication by noncompetitive inhibition of HIV-1 reverse transcriptase.

Juluca is formulated as a fixed-dose tablet containing 50 mg of dolutegravir, equivalent to 52.6 mg dolutegravir sodium, and 25 mg of rilpivirine, equivalent to 27.5 mg rilpivirine hydrochloride. Each bottle contains 30 tablets. Notably, Juluca is the smallest single-pill HIV-1 treatment available on the market.

Juluca should be stored and dispensed in the original package, while being protected from moisture. Do not remove the dessicant. Store at room temperature (68°F to 77°F).

The efficacy of Juluca was assessed in 2 open-label, controlled trials [SWORD-1 and SWORD-2) in virologically suppressed patients switching from their ART regimen to Juluca.

Both studies were identical, 148-week, phase 3, randomized, multicenter, parallel-group, non-inferiority trials. A total of 1024 adult HIV—1-infected subjects who were on a stable suppressive ART regimen containing 2 NRTIs, plus either an INSTI, a n

or a protease inhibitor for at least 6 months, defined as HIV-1 RNA < 50 copies/mL, with no history of treatment failure and no known substitutions associated with resistance to dolutegravir or rilpivirine were included in the analysis.

Pooled study results showed no significant difference in the primary endpoint between each treatment group (95% in both). Treatment differences were maintained across baseline characteristics, including, age, baseline third-treatment-agent class, CD4+ cell count, gender, and race.

The most common adverse reactions of Juluca reported in clinical trials were diarrhea and headaches. Patients should be monitored for signs and symptoms of depressive disorders, hepatotoxicity, and severe hypersensitivity or skin reactions.

Drugs that induce or inhibit CYP3A4 or UGT1A1 may affect the plasma concentrations of the components of Juluca. Therefore, concomitant use is contraindicated with carbamazepine, dexamethasone, oxcarbazepine, phenobarbital, phenytoin, rifampicin, and St John's-wort. Additionally, use with proton pump inhibitors should be avoided, because increased gastric pH may lead to significant decreases in rilpivirine plasma concentrations and therefore loss of virologic response.

Not for treatment naïve patients; switch adult patients only

Indicated in adult and pediatric patients 12 years and older

Indicated in adult patients only

Indicated in adults and pediatric patients weighing at least 25 kg

Avoid if patient is HLA-B*5701—positive

Cost based on AWP, per Lexi-Drugs. Cost to the patient will vary based on individual insurance coverage.

HIV guidelines list the followings reasons to consider regimen switching in the setting of viral suppression:

When a patient meets any of the above criteria guidelines, state that Juluca can be a reasonable option when the use of nucleoside reverse transcriptase inhibitors is not desirable and when resistance to either DTG or RPV is not expected.

In clinical studies, Juluca was shown to be non-inferior in HIV-1 patients who switched compared with those who remained on their ART regimen. Although some clinicians may be hesitant to switch a patient who is stable on an ART regimen, cutting the number of antivirals from 3 to 2 may be beneficial in decreasing long-term total exposure and therefore resistance, and limiting adverse effects and drug interactions. Future studies would be beneficial to understand the long-term efficacy and safety benefits of a 2-drug regimen. 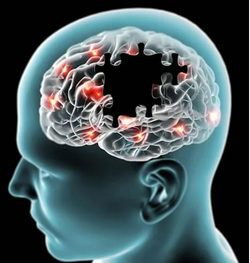 Pharmacy Clinical Pearl of the Day: Symptoms of Alzheimer Disease