An ongoing shortage of intravenous saline solution has forced health care workers to spend extra time and funds tracking it down and, in some cases, has caused patient treatment to be delayed.

An ongoing shortage of intravenous saline solution has forced health care workers to spend extra time and funds tracking it down and, in some cases, has caused patient treatment to be delayed, according to an article in the April 23, 2014, issue of the Journal of the American Medical Association.

A survey of pharmacy directors by the American Society of Health-System Pharmacists in February found that 76% of US hospitals and other health systems had been affected by the shortage. In addition, 29% of respondents said they had prioritized which patients should get saline, and 3% said shortages had forced them to delay treatment for some patients.

Baxter International and Hospira, which together produce the majority of saline solution used in the United States, have attributed the shortages to increased demand due to the severe 2013-2014 flu season. The season did not peak until early 2014 and was dominated by the H1N1 strain, leading to higher hospitalization rates for those aged 18 to 64 years than in the previous 3 seasons. However, similar shortages have not occurred during earlier flu seasons that have been even more severe.

Shortages of sterile injectable medications have stemmed from quality problems—and both Baxter and Hospira have recalled saline products in recent months due to contamination. To help address the shortage, the FDA has announced that it will temporarily allow Frebenius Kabi to import saline solution from a Norway facility and will allow Baxter to import saline solution produced in Spain, provided it meets US standards. 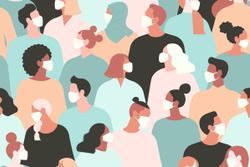 Pharmacist Workload Expected to Increase Again This Fall: How Technology Can Help