On October 6, 2014, the Drug Enforcement Administration (DEA) reclassified all FDA-approved products containing hydrocodone as Schedule II controlled substances. Since then, prescribers have been required to write a new prescription for each 30-day supply of a hydrocodone combination product, rather than authorizing refills.

Approximately 100 days later, the National Fibromyalgia & Chronic Pain Association conducted an online survey of pain patients to assess the effects of this rescheduling at the patient level.

Nearly 3000 pain patients responded to the survey within its first 72 hours online, and the results were presented by Millennium Research Institute’s Principal Investigator, Steven Passik, PhD, at the 31st Annual Meeting of the American Academy of Pain Medicine in National Harbor, Maryland.

• Approximately two-thirds of respondents were unable to access hydrocodone products, with some doctors refusing to prescribe hydrocodone to those who had been taking it at the same dose for years.

• More than 15% of the respondents reported strains in their relationships with their doctors.

• A number of respondents reported an increased financial burden as a result of more frequent doctor visits, greater transportation expenses for those visits, higher medication co-pays, and lost income related to inability to work due to pain.

• 27% of respondents reported suicidal thoughts due to being denied their hydrocodone prescriptions.

“We believe it is important to take an educated and balanced approach to stopping the complex public health epidemic of prescription medication abuse,” said Dr. Passik in a press release. “It’s important to detect and prevent aberrant behavior, while also providing access to treatment for those patients who are legitimately in need of these medications.”

The remaining refills of any hydrocodone prescription written prior to the rescheduling will expire on April 8, 2015.

Expert: Trauma, Stress from the COVID-19 Pandemic Can Cause ‘Poor Health Outcomes Overall’ 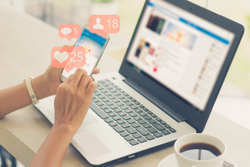 The Emerging Role of Pharmacists as Social Media Influencers