Carnivorous mammals and bats are the primary vectors of the rabies virus and are responsible for viral persistence—a global burden that effects more than 50,000 individuals annually thru zoonotic transmission.1 Contact with infected carriers provide transfer of the virus within their saliva to broken skin or mucosa membranes. Transmission from bites or scratches can be fatal if prophylactic measures are not taken.1,2

The pathogenesis of rabies exposure depends on the mode of transmission. After exposure, the rabies virus contained in the saliva is introduced into the muscle and subcutaneous tissue, in which the virial glycoprotein can bind to nicotinic acetylcholine receptors (ACh) and enter the host cell.3,4 Risk of transmission can be 50 times higher with a canine bite versus scratches because muscle tissue contains high density ACh receptors.3

After transmission, the virus remains close to the site of exposure with an incubation period that usually lasts 20 to 90 days and rarely longer than 1 year. The first of 2 viral replications occur in the muscle tissue prior to crossing the neuromuscular junction and into the motor neurons. The second replication follows in the spinal cord and enters the central nervous system prior to widespread dissemination.4

Early experiments through the 19th century theorized local injection with human rabies immunoglobulin (HRIG) at the wound site provided better effects at neutralizing the virus.1 This approach would prevent the virus from propagating and spreading to neuronal axon. In addition, the effects of passive immunity create an immunological bridge until the active vaccine can adequately produce virus-neutralizing antibodies.5

Dose determination by Cabasso et al, in 1971 intended to investigate the optimal range of HRIG that promotes sufficient antibody response without interference of active immunity induced by the rabies vaccine.6 All subjects were seronegative and divided into groups receiving weight-based dosing in units per kilogram (IU/kg) of 10, 20 or 40 IU/kg, in conjunction with the rabies vaccine. Additionally, 1 group only received 40 UI/kg HRIG and 1 received only vaccine. Serum neutralizing titers (SNT) were obtained and presented as geometric mean titers (GMT), with ratios of 1:2 representing passive immunity.6

Significant findings after 24 hours in the 10 UI/kg group determined that SNT were barely detectable and well below the GMT. Although titers continued to rise until day 40, early levels of circulating antibodies levels did not promote protective levels. The researchers concluded this to be a probable result of the rabies vaccine.

The 40 UI/kg groups produced a GMT of 1:11 after 24 hours and continued to rise until day 13 consistent with promoting early protection of circulating antibodies. However, slight declines were apparent on days 23 and 30, indicating interference with active immune response.

The 20 UI/kg group produced a GMT of 1:6, half that of 40 UI/kg, and sufficient to promote protective antibody levels that continued to rise through day 40. The GMT on day 40 was 1:111, twice that of the 40 UI/kg group and slightly below the vaccine alone. This is relevant in determining no interference of an active immune response and what is still recommended by the World Health Organization (WHO).6

Recognition of potential exposure and HRIG administration can provide serum antibodies within 24 hours that persists up to 24 days, diminishing prophylaxis failure.2,5 The vaccine alone does not produce neutralizing antibodies above the minimum titer of 0.5 UI/ml needed within the first week—the basis of the WHO recommendation of prompt administration into and around the wound site for a local protective effect. Allowing HRIG to neutralize rabies viral antibodies prior to transferring into the immunoprotected environment of the peripheral nerve cell.2,7

Limitations of injections at the wound site are due to compartment syndrome, and the remainder may be injected into upper arm, lateral thigh, and gluteal muscle.5 Furthermore, when vaccine administration has already occurred after 7 days, HRIG may interfere with active immune response. 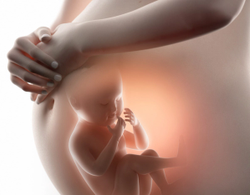