Breastfed Infants with an HIV-positive mother had an altered microbiome.

Researchers in the study believe that changes in the microbiome and in breast milk’s human milk oligosaccharide (HMO) composition in HIV-positive mothers may negatively affect the microbiome of their infants, according to a study published by Science Translational Medicine. Since HMOs give nutrition to an infant’s microbiome, this component of breast milk helps develop their immune system.

“In contrast to the mostly consistent microbial communities identified in all of the mothers, the microbiomes of HIV-exposed, uninfected infants were strikingly different from infants born to HIV-negative women in the same community,” said first author Jeffrey M. Bender, MD.

"As a result, the relatively immature and dysbiotic microbiome could potentially compromise development of the infant's immune system," Dr Bender said.

The researchers concluded that providing these infants with probiotics or prebiotics could potentially improve outcomes for HIV-exposed infants. 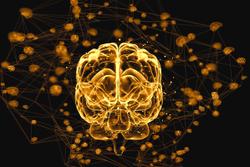