Geographic shifts in the HIV epidemic, racial disparities, and the complexities of the medical system all present obstacles to prevention and treatment services.

As the HIV epidemic grows in the South and rural areas, new research published in The Lancet illustrates how those most at-risk are still going without necessary prevention and treatment services.

According to a press release on the 6-paper series, individuals who are racial, sexual, and gender minorities continue to be affected by HIV at significantly higher rates than white people, a disparity that has also been seen during the coronavirus disease 2019 (COVID-19) pandemic. Although overall HIV infections declined by 16% over the past decade, the risk has increased for Black and Hispanic individuals, as well as men who have sex with men.

In recent decades, experts have seen the HIV epidemic shift from coastal, urban settings to the South and rural areas, creating new obstacles for care. Because of these issues, the United States is the only high-income country among the top 10 most HIV-affected countries worldwide, according to the study.

Specifically, the papers highlighted issues such as racial, sexual, and gender disparities, significant gaps in domestic program funding, and a lack of access to treatment and prevention services caused by geographical challenges and what they called a “pathwork” health care system. The country failed to meet the Obama administration’s ambitious goals for 2020, and public health efforts have been dramatically slowed by the COVID-19 pandemic.

“Since the early days of HIV we’ve seen sexual and gender minorities along with people of color bear the brunt of the epidemic,” said series lead Chris Beyrer, MD, a professor of Public Health and Human Rights in the Johns Hopkins Bloomberg School of Public Health, in the press release. “While the papers in our series point out the significant advances we’ve made in developing treatment and prevention measures and highlight how the face of the epidemic has changed demographically and geographically, the one thing that sadly hasn’t changed is that the people who need interventions the most are often the ones left out.”

The shifting geographic landscape of HIV has created unique new challenges. The epidemic is now the most intense in the South, which represents 37% of the US population but 51% of people living with HIV and 47% of new HIV diagnoses in 2018, according to the study. People living with HIV in the South are more likely to be in rural areas, which can make it more difficult to reach treatment and prevention services.

The investigators noted that HIV-related, anti-gay stigma and suboptimal rates of health literacy in the South play important roles in lowering access to prevention and treatment services. There is also a disproportionate burden among Black men and women in the South.

“As the geography shifts, so do other demographics, which accounts for the rise in infections among people of color and other sexual and gender minorities,” said author Patrick Sullivan, PhD, a professor of epidemiology in Emory University’s Rollins School of Public Health, in the press release. “It’s incredibly important to understand where the epidemic is surging and why so that we can reach these populations with essential HIV services to help keep them healthy and virally suppressed and prevent them from spreading HIV to others.”

These geographic disparities are driven by race and ethnicity, according to the press release. There is an especially stark racial disparity among women, as Black women accounted for 58% of HIV diagnoses among women in 2018, despite being just 14% of the American female population.

Transgender women, especially those of color, report some of the highest HIV burdens, with a 14% prevalence compared to a prevalence of less than 1% among cisgender women. However, the study authors noted that many transgender women are unaware of their infection and more than half of seropositive Black transwomen in a study had not been diagnosed.

“Women living with HIV are often left out of research and clinical trials, making it that much more challenging to reach them with care and treatment innovations,” said author Adaora Adimora, MD, MPH, a professor of medicine and epidemiology at the University of North Carolina at Chapel Hill, in the press release. “We need robust public health reforms to ensure that women not only have access to HIV services but can also access additional crucial support systems such as safe housing, resources to prevent gender-based violence, and the elimination of structural and system racism.”

Finally, researchers pointed to a patchwork network of payers, providers, and financing mechanisms as a major barrier to HIV prevention and treatment. According to the study, individuals with HIV are primarily covered by Medicaid (40%), followed by private insurance (35%), with smaller shares covered by Medicare (8%) and other sources (7%). Notably, however, 11% are uninsured.

Although uninsurance has drastically declined over the past decade thanks to the Affordable Care Act, the researchers said the United States still trails other high-income countries in key HIV-specific metrics. The complexities of health care leave many people outside the system.

Based on these obstacles to care, the series authors concluded that ending the HIV epidemic will require a unified, national approach, including universal access to health care; reduced geographical, racial, and ethnic disparities in HIV services; and addressed discrimination and racism in health care.

“The USA has shown tremendous leadership in fighting the AIDS epidemic on a global scale, [and] now we must also show that same leadership here at home,” Beyrer said in the press release. “We have the innovations and expertise to make it possible, we just need the political will to do it.”

The Lancet: USA failing to reach populations most in need of HIV prevention and treatment services as epidemic grows in the South and rural areas [news release]. EurekAlert; February 19, 2021. https://www.eurekalert.org/pub_releases/2021-02/tl-pss021821.php. Accessed February 23, 2021.

Approaching the Process of Operationalizing Biosimilars in Cancer Care 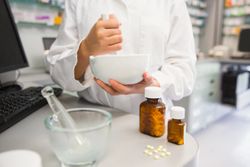