“GPhA strongly supports the FTC’s opposition of this anti-consumer practice,” said Ralph G. Neas, President and CEO of GPhA. “At a time of great budgetary challenges for consumers and for the federal government, it is especially important that barriers to fair and timely generic drug and biosimilar competition are addressed, and the FTC’s forceful arguments make a compelling case.” GPhA filed an Amicus in the case, which can be found here.

The FTC, in its press release, stated the case “involves allegations that Actelion Pharmaceuticals has prevented Actavis, Apotex, and Roxane from offering competing generic versions of Actelion's brand drug products, Tracleer and Zavesca, by precluding them from obtaining samples of those drugs to perform necessary testing.”

“The issues raised here are critically important. Actelion’s lawsuit is only the latest in a series of efforts by brand-name drug manufacturers to frustrate Congress’s decision to encourage generic competition. The fact that nearly 40% of new drugs are currently subject to FDA-imposed safety restrictions, often restricting distribution channels, facilitates brand-name drug manufacturers’ efforts to block potential generic competitors. They are abusing this channel, designed to protect patients, to block competition,” Neas said.

The case involves provisions from the Food and Drug Administration Amendments Act (FDAAA) of 2007. In part, that Act authorizes the FDA to require companies seeking approval for new drugs and for some already approved drugs that present unusual risks, to submit a Risk Evaluation and Mitigation Strategies (REMS) program to address “elements as . . . necessary to assure safe use of the drug, because of its inherent toxicity or potential harmfulness.” Although the FDAAA does not provide precise criteria for when the FDA can insist on a REMS, the FDA only requires REMS for certain drugs with higher risk profiles. The FTC case states that these provisions are being invoked not to protect against risk, but to deter market competition.

“The resolution of this case will have profound effects on a multibillion dollar industry and the prescription drug choices of hundreds of millions of Americans. We applaud the FTC for taking this strong action in support of consumers and taxpayers. They are right on the policy, right on the law, and taking the right action for the American people,” Neas concluded. 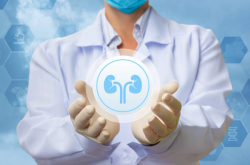