Hizentra is a maintenance therapy to prevent neuromuscular disability and impairment among patients with CIDP, according to a press release.

CIDP is a rare, progressive immune condition that affects the peripheral nerves and worsens over time. The condition is characterized by the protective covering of the nerves becoming damaged, which can lead to numbness, tingling, muscle weakness, and fatigue. If left untreated, 30% of patients with CIDP will progress to wheelchair dependence, according to CSL.

The application was based on positive data from a large clinical trial in patients with CIDP that explored the efficacy, safety, and tolerability of 2 doses of subcutaneous Hizentra. All patients included were previously treated with intravenous immunoglobulin.

In the study, patients were allowed to use dose volumes up to 50 mL/site and infusion rates of up to 35 mL/hour, according to the release. This flexible dosing schedule offers patients the autonomy to initiate treatment whenever and wherever they choose.

CSL is conducting a long-term open label extension study, which is expected to be completed by the end of 2017.

Currently, Hizentra is the most commonly prescribed immunoglobulin for the treatment of primary immunodeficiencies, according to the release. It is registered in more than 46 countries and has been approved in North America, Europe and Japan.

If approved to treat CIDP, Hizentra would improve therapy options for these rare disease patients.

“We remain committed to CIDP patients and their families and the review of this application is another step towards delivering on our promise to them.” said Andrew Cuthbertson, MD, PhD, chief scientific officer and R&D director at CSL Limited. “We’re also excited about the possibility of adding a CIDP indication for our industry-leading portfolio of immunoglobulin therapies.” 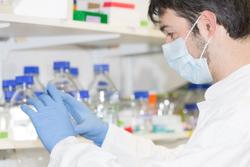 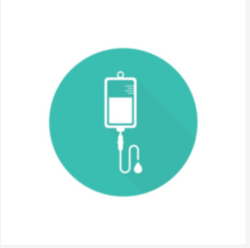 Use of Intravenous Immunoglobulin Projected to Continue Growing Over Next Decade