As an overhaul of the nation's health care system continues to be debated in the halls of Congress and beyond, the pharmacy community is weighing in on some of those provisions likely to impact its sector the most.

The reimportation of prescription drugs as a way to save health care dollars is opposed by the National Association of Chain Drug Stores (NACDS) and the Pharmaceutical Research and Manufacturers of America (PhRMA), among others. An amendment that would permit reimportation failed recently in the Senate Health, Education, Labor, and Pensions (HELP) Committee in a 12-10 vote.

NACDS wrote to members of the HELP Committee expressing opposition to reimportation. One primary concern the group has is that patients who obtain prescription medications this way, "do not have a qualified, licensed pharmacist available to consult with regarding the safe and effective use of prescription medications." PhRMA Senior Vice President Ken Johnson said that his group is also concerned, noting, "The Congress should not pursue policies that could expose Americans to counterfeit and substandard drug products and potentially weaken the FDA and the Department of Homeland Security [DHS] by crippling their ability to fulfill their mission in protecting public health and safety."

The issue resurfaced, however, when an amendment allowing reimportation attached to a bill appropriating funds for DHS and other agencies passed the Senate last week in a 55-36 vote; whether the measure survives a House-Senate conference on the final appropriations legislation remains uncertain.

In other news on the health reform front, Wal-Mart, the Center for American Progress, and the Service Employees International Union recently sent a joint letter to congressional leaders and the White House, expressing strong support for "smart, targeted" health reform policies that will rein in costs-specifically an employer mandate to provide health insurance: "Not every business can make the same contribution, but everyone must make some contribution," the groups noted. "We are for an employer mandate which is fair and broad in its coverage."

Though no one expects comprehensive health care reform legislation to be enacted before the August recess, each chamber may try to pass its own bill, and differences between the 2 plans would need to be reconciled when Congress reconvenes. 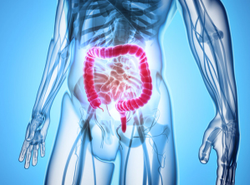