About 29% of the risk for obsessive-compulsive disorder is attributable to differences in single nucleotide polymorphisms between individuals and the control group, study results show.

Differences in the DNA letters strung along an individual’s chromosomes can explain about one-third of the risk of being diagnosed with obsessive-compulsive disorder (OCD), according to results of a study by the Icahn School of Medicine at Mount Sinai.

Investigators analyzed the genomic data of about 2090 Swedish-born individuals diagnosed with OCD. They compared the single nucleotide polymorphisms (SNPs), which are minor DNA differences normally found in an individual’s chromosomes, of the study individuals and 4567 who were used as a control.

About 29% of the risk for OCD was attributed to differences in SNPs between those individuals and the control group. About 90% of these differences are commonly observed throughout the general population.

The OCD-related SNPs were distributed across individuals’ chromosomes, which suggests that multiple genomic differences combine to influence risk.

Investigators concluded that the results could highlight the importance role of rare genomic differences in the risk of OCD and how it may help with the development of new treatment for individuals.

The results were published in the American Journal of Psychiatry. 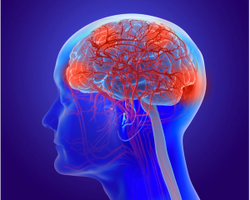