What is our duty to patients? Does this change if we believe they are abominable?

What is our duty to patients? Does this change if we believe they are abominable? Individual morals will sway our decisions in differing ways but pharmacists have common ethical expectations.

The APhA Code of Ethics (last updated in 1994) includes the following passage: “III. A pharmacist respects the autonomy and dignity of each patient.”1 My interpretation is that assisting in an execution against a competent patient’s wishes is unethical. The Oath of the Pharmacist states “I will apply my knowledge, experience, and skills to the best of my ability to assure optimal outcomes for my patients” but death is a suboptimal outcome.2

Other medical professions have similar ethical prohibitions against actions inherent to the death penalty. For example, the AMA Code of Medical Ethics states “physicians have a responsibility to provide information and help patients understand their medical condition and options for treatment.” This leaves room for physicians to take part in executions if they have the freedom to tailor therapy, yet impossible in a system requiring certain judicially determined methods of execution. The AMA Code of Medical Ethics explicitly states “sedation to unconsciousness must never be used to intentionally cause a patient’s death.” This applies to executions based on intentional sedative or narcotic overdoses. The AMA’s stance on physician-assisted suicide clarifies physicians must avoid abrogating their role as a healer.3

Generally the triple cocktail is a barbiturate, paralyzing agent, and potassium solution delivered by the intravenous route. The barbiturate sedates, the paralyzing agent reduces movement, and the potassium solution stops the heart and causes death through anoxic brain injury. An overdose of either the barbiturate or paralyzing agent can cause a fatal anoxic brain injury by respiratory arrest. A prolonged delay between the second and third cocktail step would cause death by respiratory arrest as well because the patient is not breathing after the second medication is given. Notably, no pain reliever is given but sedation may reduce awareness and the paralyzing agent reduces distressing actions toward execution personnel (e.g. grimacing, hand spasms, and/or decerebrate posture).

The typical triple cocktail in the 2010s United States has been sodium pentothal (“thiopental”), pancuronium bromide, and potassium chloride. It is difficult to find full signeturs (especially doses) because of privacy laws protecting the executed, executioners, and suppliers.

Pentobarbital has increased in popularity because states have had difficulty finding a willing sodium pentothal source. European sodium pentothal manufacturers and US distributors refuse to provide product for executions. In fact, states have completed single-agent pentobarbital executions. Some states have substituted midazolam for a barbiturate and Ohio used hydromorphone to execute patients through respiratory rather than circulatory arrest.4

States circumvent the suppliers’ embargo on lethal injection medications by ordering the cocktail from compounding pharmacies. In one case, a Missouri judge found pharmacists compounding a commercially available lethal injection ingredient broke state and federal pharmacy laws.5 This principle applies across the United States. Sodium pentothal and pancuronium bromide are commercially available but manufacturers and distributors specifically refuse supply of these products for executions.

Executioners must ensure proper storage and use within the shelf-life even if appeals or governor stays delay the execution. Will execution personnel dispose of the cocktail if there is pathogen growth? They may wonder “isn’t the executed going to die of the drugs’ pharmacology before they die of a nosocomial infection?” Yet loss of potency (another result of poor storage or expiration) is relevant because the execution could be prolonged or fail entirely.

The infusion of concentrated potassium can cause local extravasation and burning sensation in the veins beyond intoxication symptoms. One would treat extravasation by stopping the IV infusion and infiltrating the affected area with procaine hydrochloride 1% (with or without hyaluronidase). These actions reduce vasospasm and dilute the tissue potassium. Applying heat to affected areas can provide some additional symptomatic relief.6

Extravasation and other adverse outcomes are more likely if the executioners lack medical backgrounds. For example, a precipitate in the IV line interrupted John Wayne Gacy’s execution. The sodium pentothal rendered Gacy unconscious and then pancuronium bromide paralyzed him. However the flow of paralyzing agent stopped until the personnel switched the IV lines.7 Sodium pentothal, a base, reacted with pancuronium bromide, a acid, producing a solid salt. The execution personnel could have avoided this by flushing the line after administrating sodium pentothal. The executioners and attentive media would have seen Gacy’s reaction to the potassium injection if they had failed to clear the IV line. Potassium chloride 20 mEq/100 mL (400 mosmol/L) can be given peripherally with limited vasospasm but 40 mEq/100 mL (800 mosmol/L) should be infused centrally. Should these recommendations change under the unusual circumstances?

Both central and peripheral IV infusions require identifying a vein and placing the opening of the needle inside the vein lumen with minimal trauma. I expect non-medical personnel will have particular difficulty with central infusions. Non-science personnel would lack knowledge of precipitates, as seen in the Gacy execution, or proper storage requirements. The sedation and paralysis would fail if either of the first two components in the triple cocktail lost significant potency. Additionally, non-medical personnel have limited training to recognize non-obvious signs of pain (e.g. increased pulse or changes on an electroencephalogram). This spares them the realization that they are inflicting pain but also makes them poor sources on the incidence of pain during executions.

The gamut of professional organizations, including the American Pharmacist Association and International Academy of Compounding Pharmacists, demands their members dissociate themselves from the death penalty for ethical reasons. Pharmacists should uphold the same standards of care enjoyed in daily patient care toward judicially sanctioned executions by discouraging drug smuggling, the use of expired medications, absence of pain relief during procedures, and administration of intravenous regimens by untrained personnel. 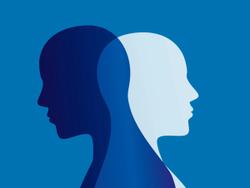 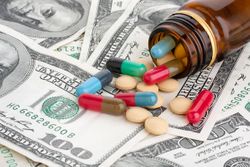