Gastroesophageal reflux disease (GERD) occurs when stomach acid flows back up and into the esophagus. GERD typically presents after eating as chest pain, a cough, heartburn, a sensation of something in the throat, or trouble swallowing. These symptoms can worsen at night because lying down allows stomach acid to more easily flow back up the esophagus.

Treatment for GERD involves lifestyle changes followed by OTC medications, such as Tums, or stronger acid-suppressing medications, such as histamine2 blockers and proton pump inhibitors. Published accounts of adverse effects of acid-suppressing medications have recently reignited interest in nonpharmacologic approaches to alleviating GERD symptoms.1 The most common nonpharmacologic approach is making lifestyle changes, including avoidance of beverages and food that trigger reflux, smoking cessation, and weight loss.

Beverages and food that trigger acid reflux are referred to as refluxogenic. Although these foods contribute to or exacerbate symptoms of GERD in a number of ways, the most common mechanism is by impairing the function of the LES. Below is a brief overview of refluxogenic foods that patients with GERD should avoid, examples in each category, and reasons to avoid them.

Foods high in fat content can trigger GERD by decreasing tension of the LES and slowing gastric emptying.2 This causes gastric contents to build up and increases pressure in the stomach, weakening the LES. Results of studies show that a high-fat meal results in a longer period of acid exposure compared with a low-fat meal. Patients should avoid fried foods, full-fat dairy products, and pork.

Spicy foods are thought to contribute to GERD via a receptor-mediated mechanism.3 Alkaloids present in spicy foods, such as capsaicin, stimulate transient receptor potential vanilloid 1 (TRPV1) receptors. TRPV1 receptors are sensitized by inflammatory mediators, such as bradykinin and prostaglandin. When esophageal tissue is damaged by acid reflux, these receptors may become sensitized, resulting in irritation when activated. The results of one study demonstrated that capsaicin causes heartburn in a dose-dependent manner. Avoid cayenne, curry, black pepper, and hot peppers.

Similar to how spicy foods affect GERD, citrus fruits contribute to the disease by directly irritating the esophagus.4 In this case, the acidic nature of the fruit is problematic. Citrus fruits contain citric acid. Although it is a weak acid, the low pH is enough to irritate the lining of the esophagus. Most sour foods are also acidic. The infamous sour candy Warheads, for example, contains ascorbic acids, citric, and malic. Avoid sour beverages and food. Water down citrus juices to lower the concentration of acid and reduce irritation. Examples are bitters, grapefruit, lemons, limes, and oranges.

Alliums, such as garlic, onions, and shallots, are also refluxogenic. The results of a study showed that the addition of just 1 slice of onion to a hamburger increased measures of heartburn in patients with GERD.5 The mechanism by which alliums contribute to GERD is unclear. Some experts suggest that alliums weaken the LES. Alliums often cause problems with digestion because of their high fructose content, possibly contributing to GERD indirectly. Avoid shallots, leeks, and chives, especially if raw.

Tomatoes may contribute to GERD through direct irritation of the esophagus because of their acidity.6 However, the results of one study showed that tomato juice adjusted to a neutral pH still caused GERD symptoms, suggesting an alternative mechanism.7 Patients should avoid concentrated additives, such as tomato paste. Other examples of foods to avoid are chilies, red sauces, and tomato soups.

Chocolate contains a chemical called theobromine, a stimulant structurally similar to caffeine and nicotine that is potentially toxic in dogs. Theobromine relaxes the LES, causing reflux.8 When reaching for dessert, patients should remember that if it contains chocolate, it is more likely to trigger GERD symptoms. Examples of foods to avoid are milk chocolate, mousse, and truffles.

Caffeinated beverages such as coffee, soda, and tea can all trigger GERD. Similar to chocolate and nicotine, caffeine also relaxes the LES, promoting reflux.9 Patients may be tempted to have a cup of coffee after a meal, but those who are susceptible to GERD should pass or try decaf instead. Excedrin, green tea, and iced tea also contain caffeine and should be avoided.

Peppermint is a recognized plant source of menthol and is commonly used in candies, chewing gum, and tea. Peppermint also relaxes the LES.4 Mint candies provided at restaurants after meals might help with bad breath but increase the likelihood of heartburn. Avoid candy canes, chewing gum, and Thin Mints cookies.

Carbonated beverages are made by dissolving gaseous carbon dioxide into liquid under pressure. Carbonated beverages have been shown to reduce the tension of the LES.10 One hypothesis for this is that carbonation causes gaseous distention of the stomach, weakening the LES. Importantly, carbonated beverages are also often acidic because of added citric and phosphoric acid and include other additives, such as alcohol and caffeine, that may have a synergistic effect on reflux. Patients should avoid energy drinks and kombucha.

Alcohol consumption is generally accepted as a risk factor for GERD, despite contradictory findings.11 Alcohol could contribute to the risk of GERD in a number of ways. It can directly irritate the esophagus, negatively affect the function of the LES, and reduce esophageal motility. Alcohol can also contribute to GERD through its metabolite acetaldehyde, a direct irritant to both esophageal tissue and gastric mucosa. An important consideration is the type of alcoholic beverage consumed. If the beverage contains any other foods or flavors on this list, it is likely to increase the risk of GERD. Examples are NyQuil, sour beers, Truly Hard seltzers, and vanilla extract.

Although patients with GERD should generally avoid these beverages and foods, some individuals may be comfortable consuming them in small amounts. Remember that smoking cessation and weight loss are other important lifestyle changes that can reduce GERD symptoms. If these changes are not effective, patients may try diaphragmatic breathing exercises.12 If all the changes described above fail to provide relief, patients may require an acid-suppressing medication, but even in that case, they should not abandon dietary changes.

Geoffrey Brown, PharmD, is a pharmacist at MedMen in Williamsville, New York. 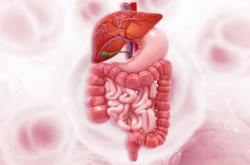