The study authors said that their findings show that cost-sharing may limit access to coverage and cause Medicaid to experience adverse selection.

The cost of health insurance is cause for some low-income individuals to drop their health care coverage, even if it costs as little as $20 a month, according to a study published in the American Journal of Health Economics. The authors of the study said low-income individuals were even more likely to drop health insurance if they were currently healthy.

The study was based on data gathered from Michigan's Medicaid expansion program, the Healthy Michigan Plan, which was one of the first in the nation to require some low-income participants to pay monthly fees and the majority of participants to pay co-pays for services they receive. The program provides health coverage to nearly 906,000 individuals.

With a baseline disenrollment of about 20% over 6 months of the program, the study found that 12% more participants dropped off the Healthy Michigan Plan after they began owing monthly fees. The amount an individual was required to pay also had an influence over the percentage of participants dropping coverage, with disenrollment rising by nearly 1% for every dollar charged monthly.

The cost-sharing requirements of the Healthy Michigan Plan take effect after a person has been in the program for six months. An individual on the program with an income just above the poverty level might be charged about $20 a month, though this amount can be reduced by engaging in a discussion with their physician about healthy behaviors. The monthly amount goes up as income increases.

According to previous research by the same authors, a survey of past participants in the Healthy Michigan Plan showed that 81% had access to no other form of insurance before they joined the program, and that 55% went uninsured for the three months after they left it. Closer examination of the individuals leaving the program revealed the majority were relatively healthy, having had no care relating to chronic illness and having health spending below the median. Conversely, the study found no increase in disenrollment among those who had gotten care for a chronic condition or had above-median health care spending during the first months after enrollment, before they received a cost-sharing invoice.

The study authors said that their findings show that cost-sharing, often used to achieve bipartisan support for Medicaid expansion, may limit access to coverage and cause Medicaid to experience adverse selection, which can disrupt the health insurance market. 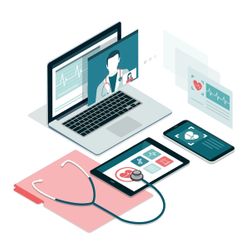 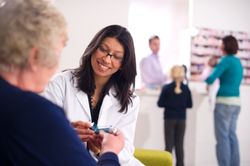