Clinical Trials of Interest in RRMM

Novel treatment strategies being explored in clinical trials that look exciting in relapsed/refractory multiple myeloma, and implications for using these newer approaches in the future.

Bhavesh Shah, RPh, BCOP: Looking at relapsed/refractory multiple myeloma futuristically, we have 1 ADC [antibody-drug conjugate] anti-BCMA. What are you guys looking forward to? There are definitely other agents, so talk a little about what you’re excited about seeing in the future. Let’s start with you, Heather.

Heather Pound, PharmD, BCPS, BCOP: Certainly we are starting our BMT [bone marrow transplant] program, so CAR T [chimeric antigen receptor T-cell therapy] is way down the line for us. From more of a community practice, I think the bispecific antibodies are going to be game changers for us. Some of those are in early phase 1/2 trials. I think when people hear of BiTEs [bispecific T-cell engagers] they cringe a little, I know that I do every time that Blenrep is mentioned. One of the things I’m excited about is that there are some BiTE therapies out there that target BCMA, and they are available as a bolus infusion once a week. Obviously there are some that are still a continuous infusion. But I think from an operational perspective, for the BiTEs, there are some exciting data surrounding those.

Bhavesh Shah, RPh, BCOP: Ryan, do you want to take what you are excited for in the future?

Ryan Haumschild, PharmD, MS, MBA: Yes, Bhavesh, not to sound cliché, I’m excited about the BCMA therapy and where it’s going to come in different combinations. There are probably 3 studies I’m interested in the most. Most were presented at ASH [the American Society of Hematology annual meeting], so I’m interested to see what the data are going to be like. One study looked at BCMA-targeted therapy belamaf [belantamab mafodotin] with pomalidomide and dexamethasone. Knowing that it’s phase 1, we’re still trying to evaluate what is that maximum tolerated dose. But it’s really for patients who have had great than 2 lines of prior treatment, had prior expose to lenalidomide and a proteasome inhibitor, and were refractory to their last line of therapy. I think that’s something that is going to be interesting for us.

The clinical takeaways are, it’s at a median follow-up of 6 months right now, and they had 29 patients who were evaluable for response. What is that going to look like? Results are promising right now, it had an overall response rate across all the cohorts of around 86%. I think that’s something that’s going to be promising. Then we talk about the DREAMM study too, you already had me talk about that, well I’m already dreaming about 5. The DREAMM-5 trial is ongoing, and I think it introduces a lot of innovative therapies.

Again, belantamab mafodotin, BCMA-targeted, but then looking at the humanized wild-type IgG1 anti-OX40 agonist. The IgG4-inducible T-cell co-stimulator is going to be interesting, the gamma-secretase inhibitor with a PD-1. That’s a lot of combinations. You’re probably thinking, no wonder you’re dreaming. But I think it’s going to be pretty exciting. Right now, we’re going through dose exploration there and cohort expansion. But again, it’s for that relapsed/refractory group. I think it’s going to add something unique that we may have not seen before, and potentially, again, keep increasing where it falls in line of therapy.

And it will look at the synergistic mechanism of belantamab mafodotin. Then lastly there’s one, I think it’s the MEDI2228, it’s again BCMA-targeted. It’s looking at the antibody drug conjugate and targeting that B-cell maturation in patients who have had lenalidomide, a proteasome inhibitor or monoclonal antibody, and it’s for patients between 2 and 11 lines of therapy. That’s where I see the future going outside of CAR T and the BiTEs that gets me excited and makes me recognize that the future does look bright for our patient population with relapsed/refectory multiple myeloma.

Bhavesh Shah, RPh, BCOP: I think we have time for 1 final future area of excitement for multiple myeloma, Doug, I’m going to give that to you.

Douglas Braun, CSP, PharmD, RPh: Sure, even though it’s pretty much out of the scope of my practice, but I’m fascinated by CAR T and some of the results we’re getting. The ASH presentation in 2020 with the CAR T trials that used JNJ-4528, they got great results, 97% of patients responded to treatment and 67% got stringent complete response, 93% achieved MRD [minimal residual disease] negativity. Even after 12 months we saw progression-free survival had not even been reached yet. It’s exciting news with CAR T. We know it has its challenges, specifically toxicities and cost. But they’re going to start ramping up phase 3 trials that are going to combine this JNJ-4528 with pomalidomide, bortezomib, and dexamethasone, and we’ll see how it goes. But it’s super exciting stuff, and we’ll be very curious to see how that all shakes out.

Bhavesh Shah, RPh, BCOP: I think next year we’re going to be talking about relapsed/refractory multiple myeloma with all of these different agents. It will be curious because obviously we’ve seen high responses, but the durability of these responses is important to understand, and I think we won’t know that right away. But it’s really exciting that we’re moving to CAR T in myeloma because it has been there for lymphoma and leukemia, and it’s exciting to see that we will have it as an option in myeloma. 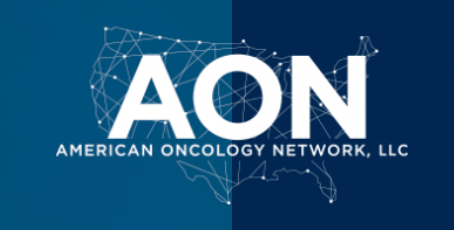