After knee surgery, patients were 5 times more likely to use opioids chronically compared with nonsurgical patients.

However, researchers are not suggesting that patients forgo surgery, but instead advise surgeons and physicians to monitor patient opioid use, according to a study published in JAMA International Medicine.

“The message isn't that you shouldn't have surgery,” said study lead author Eric Sun, MD, PhD. “Rather, there are things that anesthesiologists can do to reduce the risk by finding other ways of controlling the pain and using replacements for opioids when possible.”

Researchers examined chronic opioid use after 11 types of surgeries. Chronic opioid use was defined as patients who filled 10 or more prescriptions, or who received more than a 120-day supply, according to the study.

They analyzed health claims data from 641,941 patients who underwent surgery and were privately insured. Researchers also included 18 million nonsurgical patients. No patients filled an opioid prescription 1 year prior to surgery.

“We also found an increased risk among women following cesarean section, which was somewhat concerning since it is a very common procedure,” Dr Sun said.

Other factors that increased the risk of opioid abuse included being male, elderly, taking antidepressants, or abusing drugs, according to the study.

“It turns out that a lot of chronic pain develops from surgery, and pre-surgical pain 'catastrophizing' is a major risk factor for having a lot of pain,” Dr Darnall concluded. “We hope that by optimizing patients' psychology, and giving them skills to calm their own nervous system, they will have less pain after surgery, need fewer opioids and recover quicker.”

ONE Program Aims to Break Stigma of Opioid Use, Save More Patient Lives 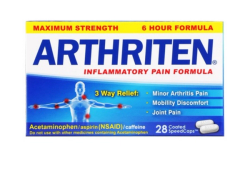