What should these pharmacists do?

JJ is a 50-year-old, 60-kg woman who presents to the emergency department with pain, pitting edema, and calf swelling greater than 3 cm in her right leg. For the past 3 weeks, JJ has been taking apixaban 5 mg twice daily for deep vein thrombosis (DVT) in her left leg. Her D-dimer level is found to be elevated at 600 ng/mL, and the recurrent DVT in her right leg was confirmed by ultrasonography. Upon questioning, JJ is adamant that she never missed a dose of her apixaban. JJ takes no other OTC or prescription medications.

As the pharmacist, what would you recommend for anticoagulation of JJ’s recurrent DVT?

MB is a 45-year-old postmenopausal woman with metastatic breast cancer and is currently on her third cycle of doxorubicin 60 mg/m2 IV and cyclophosphamide 600 mg/m2 IV. While she was putting on her shoes earlier today, she noticed the left one fit tighter than the right. As the day progressed, MB experienced increasing pain and swelling in her left leg. She went to the emergency department and was given a diagnosis of DVT according to an elevated D-dimer level and the results of a venous Doppler scan. Her physician tells her that she does not have to spend the night in the hospital, but she will need to take an injectable blood thinner to treat the blood clot in her leg. MB questions why she cannot receive an oral blood thinner instead.

As the pharmacist, how would you address MB’s concerns?

Case 1:Recurrent DVT while a patient is on therapeutic-dose anticoagulant therapy is unusual. When it occurs, patient adherence to therapy should be assessed and clinicians should have a higher suspicion for underlying malignancy. According to new 2016 American College of Chest Physicians (ACCP) guidelines on antithrombotic therapy for venous thromboembolic disease, JJ may be switched to a low molecular weight heparin (LMWH), such as enoxaparin 60 mg every 12 hours (equivalent to 1 mg/kg twice daily), for a minimum of 1 month (the period of highest recurrence risk) before reinitiation of an oral anticoagulant (strength of recommendation: 2C; weak recommendation and low-quality evidence). Switching from an oral agent to an LMWH in this setting is considered by the guidelines to result in a “more aggressive anticoagulant intensity.”

Case 2:You should explain to MB that LMWHs are the preferred anticoagulants for treating and preventing recurrence of cancer-associated thrombosis. The American Society of Clinical Oncology (ASCO) and the ACCP guidelines recommend the use of LMWH for the treatment of venous thromboembolism in patients with cancer. Furthermore, ASCO guidelines specifically recommend against the use of novel oral anticoagulants in patients with malignancy and thrombosis (due to the low number of patients with malignant disease in their supporting trials). Other reasons for preferentially using an LMWH, according to ACCP, include its reliability compared with oral therapy in patients receiving chemotherapy associated with significant nausea and vomiting. 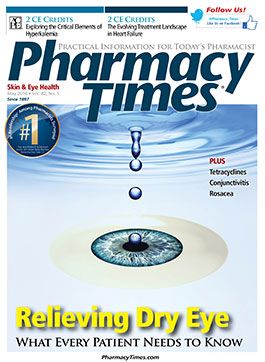