Pharmacies in areas affected by wildfires in California can provide prescription medications to evacuees under a waiver granted by the state's pharmacy board.

Pharmacies in areas affected by wildfires in California can provide prescription medications to evacuees under a waiver granted by the state’s pharmacy board.

Responding to Gov. Jerry Brown’s declaration of emergency on September 13, 2015, the California State Board of Pharmacy held an emergency meeting in Sacramento 2 days later.

Under the action taken at this meeting, pharmacists in Lake, Napa, Amador, and Caleveras counties are now permitted to dispense medically necessary prescription drugs that patients could not otherwise access during this emergency situation.

“If a pharmacist, in his or her professional judgment, believes that it is in the best interest of a patient to receive medically necessary prescription drugs that he or she would otherwise be deprived of, the pharmacist may provide the medication without full compliance with pharmacy law,” the board’s exemption notice stated.

In an exclusive interview, California State Board of Pharmacy President Amy Gutierrez, PharmD, told Pharmacy Times that 4 pharmacies had reached out to request waivers prior to this exemption notice.

“The actions taken were to ensure that evacuated residents had access to their medications,” Dr. Gutierrez said. “It is our goal that the board’s actions have led to increased ability for pharmacists working in impacted areas to provide critical medication access.”

According to the board, a pharmacist can provide a medication to a patient without a previous prescription under the following limitations:

· The pharmacist determines that the medication is medically necessary.

· The benefits to the patient outweigh the risk.

· The patient provides the name of the prescriber.

· The pharmacy documents its actions (eg, creates an order similar to one accepting a prescription order over the phone), and the documentation reflects that it was dispensed pursuant to an emergency authorization.

· The medication is not a controlled substance or sterile compounded drug.

· The quantity of medication provided is determined by the judgment of the pharmacist, but does not exceed a 30-day supply.

· The pharmacist makes an attempt to validate the dispensing history through commercially available methods.

· Hospital inpatient pharmacies may dispense to outpatients in excess of the 1% limit on total outpatient prescriptions currently established by law. Such dispensing is exempt from prescription labeling requirements, but the label must include the same elements that the hospital would provide on medication to a patient that is being discharged from the hospital.

This waiver applies to medication for both humans and animals.

In an interview with Pharmacy Times, Jon R. Roth, CAE, CEO of CPhA, said the fires have been devastating in the past several months, and many patients had to evacuate with little notice and may have left important items like medications behind.

“The board of pharmacy’s action allows pharmacists the authority to provide patients with their medications, and we believe that pharmacists will use their professional judgement to ensure that patients are only provided appropriate medications,” Roth said. “The communities affected by these fires are fairly remote and include small towns, so I fully expect that pharmacists have the insight into those local families who have been impacted and will be able to perform actions such as checking identifications and using interviewing skills to ensure only those patients needing—and are authorized—to obtain appropriate medications.”

In the exemption notice, the board highlighted the benefits of mobile pharmacies, which can help maintain continuity of care during emergency situations. However, pharmacies must notify the board if a mobile pharmacy is deployed.

“The California State Board of Pharmacy expects that during any declared federal, state, or local emergency, the highest standard of care possible will be provided by the state’s pharmacies and pharmacists, and that once the emergency has dissipated, its licensees will immediately return to practices conforming to state and federal requirements,” the exemption notice stated. “The board acknowledges and commends its licensees that are assisting Californians impacted by these fires.”

The pharmacy board said the waiver would apply until Gov. Brown’s declaration of emergency has been removed, or until further notice.

This wildfire is considered the fourth worst fire in California history based on the number of structures burned, NBC News reported. 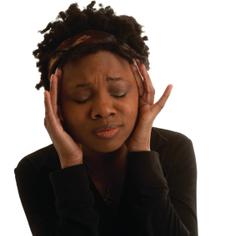