A new study shows that kids with asthma are more likely to suffer complications from the flu, highlighting the need for vaccination.

Children with asthma are at an increased risk for complications and death from influenza, according to research published online June 6 in Pediatrics, which highlights the importance of vaccination in this population. 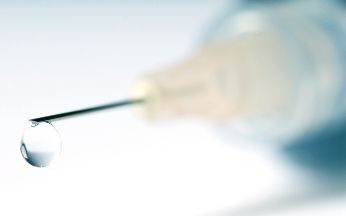 “This analysis provides the first description of the characteristics and clinical courses of asthmatic children hospitalized with seasonal or 2009 pandemic H1N1 influenza in the United States and documents the substantial burden of influenza complications among these children,” they wrote.

A team of researchers led by Fatimah S. Dawood, MD, of the CDC’s Influenza Division conducted surveillance of 5.3 million children aged 17 years or younger for hospitalization with influenza during the 2003—2009 influenza seasons and the 2009 pandemic and identified those with asthma. The authors collected data from medical records on medical history and clinical course.

They found that 701 (32%) of the 2165 children hospitalized with influenza during the 2003-2009 influenza season had asthma; during the 2009 pandemic, 733 (44%) children had asthma. A comparison of the 2 groups indicated that children with the pandemic strain were significantly more likely than those with seasonal influenza to require intensive care and be diagnosed with pneumonia. Rates of respiratory failure and mortality, however, were similar between the groups.

“Complications such as pneumonia and need for intensive care occur in a substantial proportion,” of children with asthma, they wrote, underscoring the importance of influenza prevention through vaccination in this patient population.