Members will have the opportunity to vote starting on March 27, 2015, and the elections will close at noon on May 25, 2015. The 2015 APhA election results will be announced in early July, and successfully elected candidates will be installed at the 2016 APhA Annual Meeting and Exposition in March 2016. Further election and candidate information will be available online in mid-February.

About the American Pharmacists Association

The American Pharmacists Association, founded in 1852 as the American Pharmaceutical Association, is a 501 (c)(6) organization, representing more than 62,000 practicing pharmacists, pharmaceutical scientists, student pharmacists, pharmacy technicians and others interested in advancing the profession. APhA, dedicated to helping all pharmacists improve medication use and advance patient care, is the first-established and largest association of pharmacists in the United States. For more information, please visit www.pharmacist.com.

The APhA-Academy of Pharmaceutical Research and Science (APhA-APRS) stimulates the discovery, dissemination and application of research to improve patient health and serves pharmacists and those members who are involved in the pharmaceutical sciences. Members of APhA may choose to belong to a primary section within APhA-APRS based on their area of research. APhA-APRS is governed by an Executive Council comprised of elected leaders from the three Sections of APhA-APRS: Basic Sciences, Clinical Sciences and Economic, Social and Administrative Sciences. Members receive access to continuing education, an online community for pharmacists, networking and leadership opportunities, premier research journals such as JAPhA and JPharmSci, cutting edge information on Medication Therapy Management and regulatory issues facing the profession.www.pharmacist.com/apha-aprs 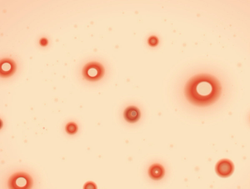