Amazon will not pursue medication distribution to hospitals, due to several issues that have crept up, based on current media analysts.

After months of hype, speculation, and stock plummets, recent news reports have declared that Amazon is halting its interests into pharmacy at this time. This is not all surprising given some reports that have crept up in the past 6 months, with many commentators expecting this outcome.

I wrote about how Amazon was interested in pharmacy space last year, and had blogged about how such a service could hypothetically roll out if they ever got involved. Ultimately, my concern has always been that Amazon would need to overcome regulatory hurdles in order to get into the space. After all, for a company that started out selling books, and is known for its high-quality logistics power, selling drugs is still another beast altogether, with its own rules and regulations to navigate.

And that may be what ended up breaking this spell of overnight drug deliveries, and bonuses for Prime members. CNBC recently covered why Amazon insiders stated they are not getting into the pharmacy space, which boiled down to two reasons:1

1. Failure to land contracts—Through their early communications, and outreaches to hospitals, and networks, Amazon got pushback based on the fact that many organizations did not want to leave their current vendors. In contracts with current organizations, like Cardinal Healthm and McKesson, just jumping ship to an unknown entity like Amazon is a scary thought. Let's be honest: pharmacy struggles with medication shortages all the time, and we rely on our vendors to help us out. It's not always cut and dry, and for many directors, and organizations to play with an unknown party, the result could be disastrous if things don't go well. Perhaps that is what has bothered me throughout many conversations I have had with people about Amazon in pharmacy. Most people just envision Amazon getting the end product to the patient. But the practice of pharmacy has always been invested not in just dispensing, but management, and acquiring an inventory, and Amazon has no experience in that realm. Many organizations rely on group purchasing power, and long standing contracts to mitigate costs across the spectrum, and unless Amazon did something revolutionary, that is unlikely to change. This is further confounded based because Amazon does not distribute certain medical class devices (e.g., Class III), which means it still would not be a 1-stop shop, at the end of the day.

2. Warehouse Logistic Nightmare—OK, let's imagine you want to become a drug distributor. I'm not talking about a brick-and-mortar dispensing center, but a large warehouse to store, and distribute medications on a national level. For those pharmacists that were lucky enough to be near a mail-order pharmacy or local retail distribution center, you may have had the opportunity to tour it, and have seen that it's a laborious operation to run. Namely, the storing of drugs needs specific facility set-ups, such as cold storage, safes for controlled substances, etc. Pharma requires some of its medications to be distributed to specifications that Amazon cannot currenlty meet. So what's the solution? Build new facilities, which is a costly investment, or buy someone else out, which in an era of so many consolidations implies a high-stakes competition market.

These reasons are what CNBC is reporting has caused Amazon to currently halt its interests in the pharmacy, or rather, drug distribution market. And that's the key thing here: Amazon will not pursue large-scale drug distribution to hospitals or other organizations at this time. This doesn't mean Amazon is exiting the pharmacy sector.

But, other news over the past few months also shed light into the issues facing Amazon getting into the pharmacy space. Back in November, Amazon told regulators it was not interested in selling medications through its markets.2 This was identified through a review of applications from Amazon to sell medical supplies, and an explicit note not to 'store or ship drugs.' This was reinforced when it pulled its pharmaceutical wholesaler application in Maine, where the Maine Board of Pharmacy website showed the cancellation of a license.3

That being the case, we can say for now that Amazon has no interest in the large-scale distribution of medications in the current healthcare sphere. The entrenchment of existing vendors, and distributors would be hard to upsert, and the needed infrastructure would take time and effort for Amazon to get started. If Amazon started their construction, it would be a warning sign to most companies to reinforce their stakes with current customers, such as hospitals, and retail pharmacy chains.

What's next, then? Again, just because Amazon won't distribute large-scale drugs doesn't imply they won't get into the pharmacy space. But, currently, they need to reevaluate their tactics. It could be argued they could still start a pharmacy service for dispensing of drugs, but that would rely on another party for drug supply. And currently, it seems that if Amazon wants to be part of this space, and reduce drug costs as a whole to make itself competitive, and viable, it wants to own the entire supply chain for itself.

I don't think this is the last we will hear about Amazon. But, based on the reports, I would suspect that Amazon will do it's best to be as stealthy with its moves as possible. Most news and supposition on Amazon's actions have stemmed from limited insider sources, and watching its public movements through applications at state levels. I suspect they will see how their medical devices market moves, and learn further what they need to do to make more substantial inroads. Coupled with this, Amazon would likely establish further connections with meaningful organizations to get a more significant amount of goodwill with potential customers if they decide to make a move in the future. For now, most pharmacy chains will rest easy, hope their stocks rebound, and keep a close eye on other competitors that may enter this area that was previously unimaginable. 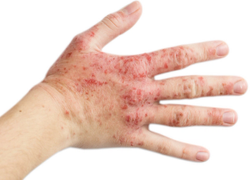