The access to birth control act, S.2960, is proposed federal legislation that would mandate meeting the request of a patient seeking emergency contraception.

The access to birth control act, S.2960, is proposed federal legislation that would mandate meeting the request of a patient seeking emergency contraception. The consequence of noncompliance is payment of a fine of $1000 per day, up to $100,000 for “all violations adjudicated in a single proceeding” for up to 5 years after the alleged violation.1

The Access to Birth Control Act outlines the protocol for pharmacies that currently have an emergency contraceptive in stock at the time of a request. A different protocol is written for pharmacies that do not have the contraceptive in stock. This latter protocol states that a patient must immediately be informed and “without delay” given the option to transfer the prescription and accept a referral to another pharmacy. Conversely, a patient can request to have a pharmacy order the contraceptive “under the pharmacy’s standard procedure for expedited ordering of medication.” The patient must also be notified when it arrives.

The bill goes on to outline inappropriate employee behavior toward a patient requesting an emergency contraceptive. The bill specifically states that employees shall not intimidate, threaten, or harass patients. Finally, the proposal does not require pharmacies to stock the contraceptive and comply with the standards if the pharmacy does not ordinarily stock the medication. Additionally, pharmacists are allowed to refuse the sale of a contraceptive if any of the following occur: the patient does not present a prescription for a contraceptive that requires a prescription, the patient is unable to pay for the contraceptive, or the pharmacist refuses “on the basis of a professional clinical judgment.”1

The Access to Birth Control Act was introduced in the US Senate on May 19, 2016, by Senator Cory Booker of New Jersey, with 18 original cosponsors, all of whom were democrats, except for 1 independent. 2 Since then, another democratic senator, Christopher Murphy of Connecticut, has signed the bill as a cosponsor.2

This piece of legislation was introduced because half of all pregnancies are unintended and about half of those pregnancies end in abortion.1 A specific example mentioned by the advocacy group NARAL, Pro-Choice America, occurred in Washington in 2006 when a mother of 6 children walked into a pharmacy with a prescription seeking emergency contraception. The pharmacist refused to dispense the prescription and scolded the woman for her request. The woman became pregnant and subsequently terminated the pregnancy.3 This is one of many reasons certain groups support the bill. Other groups believe it is a woman’s right to have access to basic health care. A representative from Planned Parenthood, who supports the bill and Senator Booker’s initiative, said, “Decisions about birth control should be between a woman and her doctor, not her pharmacist, her boss, or her congressman.”4

As of now, 4 products on the market are labeled as emergency contraceptives and are approved by the FDA. Plan B One-Step is available without a prescription regardless of a patient’s age.5 Womenshealth.gov states that if a patient is already pregnant, an emergency contraceptive will not work.6 However, groups in opposition to the bill say that emergency contraception can prevent a conceived child from implanting in the womb through its effects on the uterine lining.7 Opponents of the bill also focus on pharmacists’ religious beliefs and their right to exercise those beliefs. One group challenging the statute, the Becket Fund for Religious Liberty, claims, “No one should be forced out of her profession solely because of her religious beliefs.”7

In Washington state, regulations adopted in 2007 require pharmacies to stock emergency contraceptives, but do not require an individual pharmacist to dispense them. Instead, pharmacies must have 1 pharmacist who will approve the dispensing. In Stormans, Inc, v Wiesman, a pharmacy at Ralph’s Thriftway in Olympia, Washington, challenged this regulation. The US Court of Appeals for the ninth Circuit ruled to uphold the Washington Board of Pharmacy regulations regarding emergency contraceptives. The US Supreme Court declined to hear the case.8

The differences in opinion on this issue continue on both the state and federal levels. This boils down to the matter of patients having access to their health care needs while allowing pharmacists to simultaneously maintain their religious freedom. 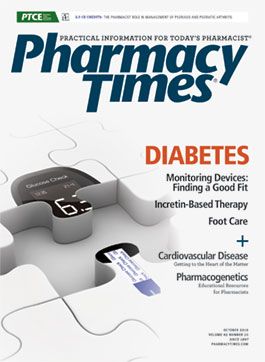