This article is part 5 of a 6-part series on interesting and unusual medication-related case reports. For part 4 click here.

Case reports are defined as the scientific documentation of an individual patient. These reports are often written to document an unusual clinical presentation, treatment approach, side effect, or response to treatment. Most experts see case reports as the first line of evidence in health care, which can sometimes lead to future higher-level studies.

Case reports can be a great learning opportunity for both pharmacists and pharmacy students to understand a case progression and the unconventional response and effects of medications.

Norvasc (amlodipine) is a dihydropyridine calcium channel blocker indicated for the treatment of hypertension and coronary artery disease. A case report was published in 2016 detailing an alarming and overlooked medication error involving a prescription for Norvasc.

Over the next several months, she began experiencing worsening fatigue, slow movements, personality changes, and uncontrolled blood pressure. During this time, she was hospitalized once for chest pain and had several visits to her outpatient family physician where she was diagnosed with anxiety and depression; for these she was prescribed citalopram and alprazolam. Soon after, she was rehospitalized following a fall due to light-headedness.

An admission medication reconciliation revealed that the patient was actually taking Navane (thiothixene), an antipsychotic, instead of the Norvasc. Upon further review, it was revealed the pharmacy had accidently dispensed the wrong medication despite the written prescription being fully legible. After the thiothixene was discontinued, the patient’s clinical status improvement. The authors explain how this example shows the ‘Swiss Cheese Model’ of how medication errors can occur despite interacting with multiple areas of the health care system.

Rythmol (propafenone) is a class 1C antiarrhythmic drug that was FDA approved in 1989. In 2010, a case report was published documenting a medication error involving a handwritten prescription for Rythmol.

The case tells the story a 73-year-old man with a history of cardiac arrhythmia who presented to the clinic for a routine follow-up visit. After being evaluated by his physician, the patient received a handwritten prescription for Rythmol 150 mg, which he had been taking for the previous 3 years. He filled this prescription with the clinic pharmacy and subsequently started to experience nausea, sweating, and an irregular heartbeat. After 2 weeks of symptoms, he called his physician for an appointment, noting that his Rythmol tablets looked different than last time.

Upon evaluation, the physician discovered that the patient incorrectly received Synthroid (levothyroxine) 150 mcg from the pharmacy instead of the prescribed Rythmol 150 mg. The pharmacist who filled the prescription attributed the error to unclear handwriting on the prescription copy. The patient’s symptoms were believed to be caused by both abrupt discontinuation of Rythmol and unnecessary use of Synthroid at a high initial dose. Once the error was corrected, the patient’s symptoms gradually resolved.

The authors explain that this error demonstrates the importance of pharmacists clarifying with physicians on prescriptions with sloppy or illegible handwriting and appropriately counseling patients on new medication therapy.

3. Accidental administration of epinephrine instead of midazolam3

Medication errors within the inpatient setting can have severe consequences on patient harm and prolonging length of stay. This 2016 case report details a 50-year-old women who was accidentally administered epinephrine instead of midazolam during colonoscopy prep.

The patient originally presented to the hospital with a history of abdominal pain and altered bowel habits. A colonoscopy was scheduled following administration of what was believed to be midazolam 5 mg. She then started to complain of chest tightness, difficulty breathing, and generalized tremors. It was soon discovered that a medication error occurred and the patient was instead administration 0.25 mg of epinephrine instead of midazolam. The procedure was postponed for several days until the patient recovered.

A root cause of the error revealed that the epinephrine ampule was mistakenly placed in the box with the midazolam in the pharmacy following an instance where a previous patient did not require the medication. Ampules of both medications were similar in size, shape, and color. As a result, the hospital initiated new procedures to ensure regular reviews of drug containers and their contents and double checking medication names before administration.

4. Unintentional administration of insulin instead of influenza vaccine4

In 2016, researchers published the results of an investigation where a cluster of 5 adult patients unintentionally received insulin instead of the influenza vaccine. The mix-up occurred at a public school clinic in Missouri and was discovered following an investigation from the Saint Louis County Department of Public Health. Officials learned that a school nurse inadvertently administered Humalog U-100 insulin instead of the influenza vaccine. Acute hypoglycemia was reported in all 5 patients who received the insulin with varying degrees of symptoms.

After the first 2 patients complained of sweating and lightheadedness, the nurse reported the incidents to the supervising nurse, but did not stop administering vaccines. Two later patients would require hospitalization for their symptoms, one of which was documented to have a blood glucose level of 23 mg/dL. The investigation revealed that the influenza vaccine vial was kept in the nurse’s office refrigerator along with a 10 mL vial of Humaog U-100 insulin; they were found to not be stored in separate, labeled containers or bins. The manufacturer of the influenza vaccine conducted its own analysis but found no deviations or manufacturing incidents that would suggest a quality control problem.

The study authors state this incident was likely a result of ‘confirmation bias’ where a healthcare worker may rely on familiar cues, such as the shape, colors, and markings on a vial to confirm preconceptions, which may lead to reduced vigilance and an increased risk of medication errors.

Coumadin (warfarin) and Xarelto (rivaroxaban) are anticoagulants used to reduce the risk of stroke and embolism in patients with atrial fibrillation and for prophylaxis of deep vein thrombosis (DVT). A case report was recently published documenting a patient who unintentionally received both medications concurrently.

The case involves a 62-year-old man who was referred to a pharmacist-managed anticoagulation clinic for follow-up post bilateral pulmonary embolism. The patient was advised to continue on the warfarin he initiated in the hospital at a dose of 5 mg daily and return the following week for a repeat INR test. At next visit, his INR was revealed to be over 8.0. He denied taking any extra warfarin doses, recent alcohol intake, or new prescription medications. No symptoms of bruising or bleeding were noted. Upon further questioning, the patient reported starting a new medication 5 days earlier from his retail pharmacy which the clinic determined to be Xarelto 20 mg.

Investigation into the issue revealed that a prescription for Xarelto had been sent to his retail pharmacy to inquire about the cost of the medication with his insurance plan. The retail pharmacy then placed the medication on hold rather than discontinue the order entirely like the clinic staff had requested. When he visited his retail pharmacy the next day, they filled and dispensed the medication. The patient had not been counseled and assumed it was a new medication for his neuropathy. The Xarelto was subsequently discontinued and the warfarin dose was gradually reduced until the INR was within range. The case shows the importance of counseling patients on new medications and inquiring about potential duplicate therapies. 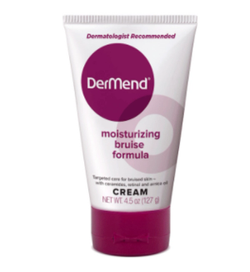 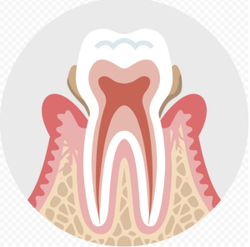