The gross sales from the following 10 drugs comprise 43% of the nearly $112.5 billion in total drug sales generated by the 100 best-selling drugs.

This antiepileptic drug was first approved to treat patients with diabetic and postherpetic neuropathic pain. It has since been indicated as adjunctive therapy for adult epilepsy patients.

Lyrica is the sixth-most prescribed brand-name drug this year, with about 10.1 million prescriptions written.

In 2014, drug researchers analyzed insurance claims from more than 7000 patients with hospitalizations related to heart failure (HF) and determined that this diabetes drug increased the risk of HF hospitalizations by 84%. Last month, however, the largest study analyzing this relationship to date discredited this finding.

US providers have written 9.2 million prescriptions for Januvia this year, making it the eighth-most prescribed drug overall.

This proton pump inhibitor is most often prescribed to treat acid reflux and heartburn.

In 2005, the FDA approved Nexium in injection form for patients who are unable to take pills.

It is also the third-most prescribed drug in the United States, with 13.2 million prescriptions written this year.

It is the second-most prescribed drug in the United States, with 13.6 million prescriptions written so far this year.

This hepatitis C treatment secured a spot despite its lack of inclusion on any major formularies in 2015. It is also excluded from both Express Scripts’ and CVS Caremark’s just-released 2016 formularies.

Sovaldi’s appearance is also significant because the number of prescriptions written for it is much lower than the other drugs on this list—a likely consequence of the cost-benefit debate about hepatitis C drugs. Only 164,576 prescriptions have been written thus far in 2015. 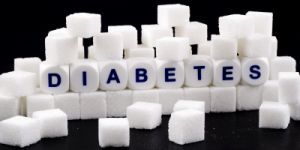 This pen containing long-acting insulin is touted as a means of supporting improved adherence and reduced insulin waste in patients with diabetes.

It is currently the fourth-most prescribed brand-name drug, with 11.2 million prescriptions written so far this year.

This cholesterol drug was approved in 2007 as an adjunct to diet to slow the progression of atherosclerosis in patients with elevated cholesterol.

So far, Crestor is the top prescribed brand-name drug for this year, with 21 million prescriptions written.

According to the data, 1.7 million prescriptions have been written for this rheumatoid arthritis drug so far in 2015.

In the first half of 2015, 8.3 million total prescriptions were written for Abilify.

The FDA approved the first generic versions of Abilify to treat schizophrenia and bipolar disorder in April 2015.

In September 2014, the FDA approved a new indication for this drug to treat pediatric patients aged 6 years and older with moderately to severely active Crohn’s disease who have not adequately responded to prior treatment.

In the first half of 2015, 2.2 million total prescriptions were written for Humira.