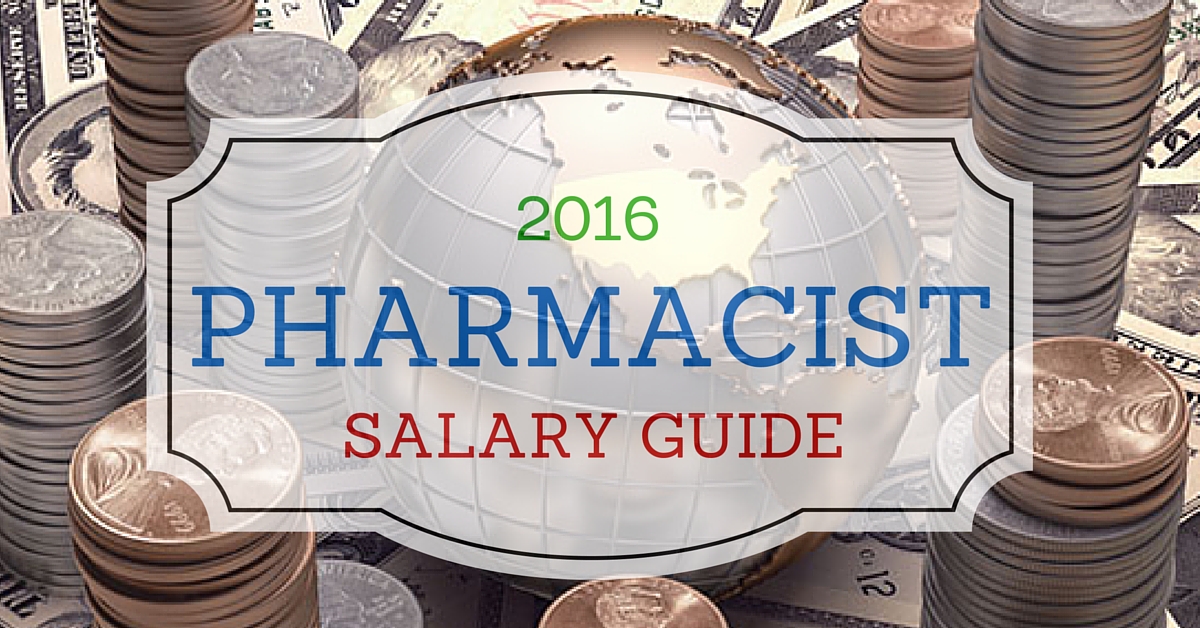 For the 2016 Pharmacist Salary Guide, I consulted a number of sources to try to give you a well-rounded picture of pharmacy salaries in the United States. The good news is that, no matter which source I consulted, a career as a pharmacist is still considered to be respected and stable with above-average income.

Factors that influence a pharmacist’s salary include (in order of influence):
According to PayScale.com, experience doesn’t seem to play a huge role in salary calculations:
Although PayScale.com reported a significant increase in average annual earnings after the first 5 years on the job, average annual income tapers off as pharmacists become more experienced.

Drug Channels
Drug Channels based its statistics on the US Bureau of Labor Statistics’ (BLS) Occupational Employment Statistics from 2014 and reported that the average gross salary for retail, mail-order, and specialty pharmacists is $119,400.


In 2014, the number of pharmacy graduates was 13,838, up 84.8% from 2003. By 2017, the number of pharmacy graduates is expected to grow to 15,632, according to the American Association of Colleges of Pharmacy (AACP).
Drug Topics
The 2016 Drug Topics survey, which was conducted in 2015, found that the 2393 pharmacists surveyed reported high levels of job satisfaction, growing salaries, and manageable hours. However, the survey also found that pharmacists are reporting greater workloads across all practice settings and receiving more modest raises compared with previous years.

The following chart shows a breakdown of pharmacists’ hourly wages in 2015:


Although raises are more modest, pharmacists reported that salaries are growing:
The following chart shows a breakdown of annual raises for pharmacists in 2015:

The following chart provides a breakdown of pharmacists’ annual salaries in 2015:

Despite the increased workload, 78.3% of pharmacists surveyed reported being satisfied, very satisfied, or extremely satisfied with their job, and most (74%) don’t plan to change jobs within the next year.
PharmacyWeek
Each year, PharmacyWeek teams with Mercer to conduct a national compensation survey of pharmacists. In 2015, pharmacists reported earning an average hourly wage of $60.88, representing an increase of slightly more than $1 compared with the average reported hourly wage in 2014. However, the pay rate varies widely depending on a pharmacist’s job title, setting, and specialty area.

Here’s the breakdown of average hourly pay for different job titles in the pharmacy industry, as reflected in Pharmacy Week’s 2015 survey:

Here’s a breakdown of pharmacists’ average annual and hourly salaries by state:

U.S. News & World Report 2014 Rankings
In 2014, the most recent year for which data is available, U.S. News & World Report ranked “Pharmacist” as No. 18 on its list of best-paying jobs. The publication reported that the annual median salary was $120,950, or $58.15/hr, which is in accordance with the 2014 BLS report.
According to the publication, the best-paid pharmacists are employed by scientific research and development companies and work in the metropolitan areas of Santa Cruz, California; Gadsden, Alabama; Chico, California; Anniston, Alabama; and Fresno, California.

Conclusion
If you’ve made it this far, you’ve probably realized that pharmacy salary data varies depending on the source you use. Still, it’s safe to say that pharmacists across the United States have seen modest increases in their salaries this year, and that a career as a pharmacist continues to be a well-paying gig.

Little has changed from 2015 regarding salary variations by location. Pharmacists in California are still the top earners in the country because of their higher cost of living. Nuclear pharmacists are the highest paid, and hospital/health systems are the highest-paying settings.

So, whether you’re a pharmacy student trying to anticipate how quickly you can pay off your student loans after landing your first job, or a hard-working retail pharmacist looking for fodder to make a case for a raise, I hope that this information has given you some food for thought and proves useful as you start—or continue—your career.
19331
2016 Pharmacist Salary Guide
It's finally time for the 2016 Pharmacy Salary Guide.
/contributor/alex-barker-pharmd/2016/04/2016-pharmacist-salary-guide