PPD affects about 1 in 9 women who have given birth in the United States. The onset of PPD can occur during pregnancy or after delivery, and symptoms include anxiety, irritability, sadness, thoughts of harm to the baby or self-harm, trouble bonding with the baby, and withdrawal from family or friends. Zulresso is the first medication to be approved specifically for PPD. Because the administration of Zulresso is associated with certain risks, such as excessive sedation or sudden loss of consciousness, it will be available only through the Zulresso Risk Evaluation and Mitigation Strategy (REMS). This requires that the medication be administered by a health care provider in a certified health care facility and that patients enroll in the program prior to administration.2,3 Zulresso is a schedule IV controlled substance.1

Zulresso is a neuroactive steroid γ-aminobutyric acid (GABA)A receptor—positive modulator. It demonstrates dose proportional pharmacokinetics and displays a terminal elimination half-life of about 9 hours. It is extensively metabolized by non–cytochrome P450– based pathways to 3 major circulating metabolites that are pharmacologically inactive.1

The efficacy of Zulresso for the treatment of PPD was evaluated in 2 double-blind, multicenter, placebo-controlled, randomized studies in women aged 18 to 45 years with PPD. Study participants met the Diagnostic and Statistical Manual of Mental Disorders, Fourth Edition criteria for a major depressive episode, with the onset of their symptoms occurring in the third trimester or within 4 weeks of delivery. The severity of PPD was determined by the Hamilton Depression Rating Scale (HAM-D). Study 1 consisted of women with severe PPD, and study 2 included women with moderate PPD. All participants received either a 60-hour continuous intravenous infusion of Zulresso or a placebo and were then followed for 4 weeks. The primary end point for both studies was the mean change from baseline in depressive symptoms as measured by the HAM-D total score at the end of the infusion. Both studies achieved their primary end point, and the improvement in depressive symptoms was also seen through the 30-day follow-up.1,3

Zulresso carries a boxed warning regarding the risk of excessive sedation or sudden loss of consciousness during administration of Zulresso. Because of this risk of serious harm, patients must be monitored for excessive sedation and sudden loss of consciousness and have continuous pulse oximetry monitoring. Patients must be accompanied during interactions with their child or children. The warning also states that because of these risks, Zulresso is available only through the Zulresso REMS.

There are no contraindications to treatment with Zulresso. A change in the therapeutic regimen, including the discontinuation of Zulresso, should be considered in patients whose PPD worsens or who experience emergent suicidal behaviors or thoughts. Zulresso should not be used during pregnancy or in patients with end-stage renal disease. The most common adverse reactions (incidence ≥5% and at least twice the rate of the placebo) were dry mouth, flushing, hot flush, loss of consciousness, sedation, and somnolence.1

Monica Holmberg, PharmD, BCPS, earned her PharmD at the University of Connecticut in Storrs and completed an ambulatory care residency at the Phoenix VA Health Care System in Arizona. Her practice has also included pediatrics and inpatient mental health. She lives in Phoenix. 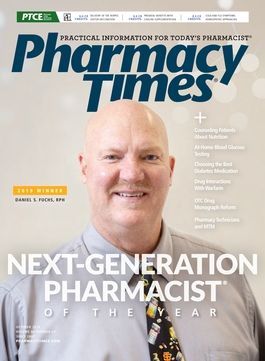