Generic drug approvals for the first 6 months of fiscal year 2014 are noticeably fewer than for the same period in 2013, despite an abundance of Accelerated New Drug Applications (ANDAs).

In the first 6 months of the 2014 fiscal year, the FDA has not approved nearly as many ANDAs as it did in 2013, despite receiving 597 submissions. According to its activities report, the FDA approved 196 ANDA applications between October 1, 2013, and March 31, 2014. Sixty-three of the ANDAs approved are for first-time generics.

During that same period in the 2013 fiscal year, the FDA approved 227 ANDAs, including 61 first-time generic drugs.

The FDA received 992 original ANDAs during the 2013 fiscal year, and issued 71 refuse-to-receive notifications, according to the FDA’s annual user-fee report. Of those applications, 428 received approval, and 106 of the drugs approved were first-time generics.

The FDA issued 1500 complete response letters, which detail problems with drug applications or additional information the FDA needs in order to make a determination on the drug, according to its annual Performance Report to the President and Congress for the Generic Drug User Fee Amendments.

Meanwhile, the FDA has issued 694 complete response letters thus far during the 2014 fiscal year. The FDA has also issued 91 refuseto- receive notices, which it issues when it receives an incomplete application.

In addition, generic manufacturers will soon face new stability requirements when submitting their applications after June 20, 2014, nearly a year after the final guidance appeared in the Federal Register.

Under the new stability guidelines, applicants would need to submit data from 3 pilot scale batches or 2 pilot scale batches and 1 small-scale batch. The batches would need to meet certain size requirements. According to a clarification on its guidance, chewable, disintegrating, immediate-release, extended-release, and delayed-release oral medication applications should be submitted with 2 batches at either 10% of the proposed production batch or 100,000 dosage units, whichever is greater. Although the third batch can be smaller than the 10% proposed production batch, it should not be smaller than 25% of the pilot scale batch. The FDA has additional specifications for powder, topical, and inhalation formulas tailored to those particular formulations.

Applicants must provide reasons if their batch does not meet the stability requirements. The applications must also contain 6 months of stability data including accelerated and long-term stability conditions, and data must use multiple product lots when it is appropriate.

Once the new guidance goes into effect, the manufacturing and packing process for the ANDA must reflect that of the commercial process. Applicants will also need to provide a fully packaged primary batch.

Manufacturers submitting amendments to ANDAs after June 20, 2014, will not be held to the new requirements, however. Instead, those applications will be evaluated according to the standards in place during their original submission date. 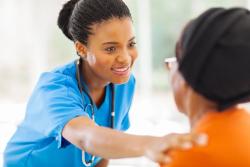