A new CDC report estimated that 100,000 young children in the United States have not had a vaccination against any of the 14 diseases for which shots are recommended, the Associated Press reported. According to the article, the report found that although 70% of young children have had all their vaccinations, the percentage of children under 2 years old who haven’t received any vaccinations has increased from an estimated 0.3% in 2001 to 1.3% in 2017. The estimate of 100,000 refers to the 2017 vaccination status of children born in 2015 and 2016, the article reported.

Bristol-Myers’ lung cancer drug Opdivo failed to meet the main goal in a late-stage trial on patients with small cell lung cancer, whose condition had relapsed after chemotherapy, Reuters reported. According to the article, the treatment failed to extend overall survival in patients with the disease compared with patients already on chemotherapy. Opdivo has already been approved to treat several forms of cancer, including skin and lung cancer, the article reported.

A new study found that women who have asthma during pregnancies are more likely to experience postpartum depression after delivery, Reuters reported. According to the article, the researchers compared the health histories of more than 35,000 pregnant women with asthma and nearly 200,000 women without asthma who delivered babies in Quebec in 1998 and 2009. In the year after delivery, the study found that postpartum depression rates were roughly double among women with asthma, the article reported. 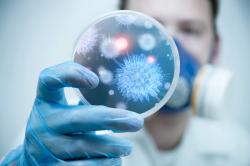