The FDA recently approved 2 drugs to treat children aged 12 to 17 with hepatitis C virus (HCV). This population likely became infected with HCV by their mothers during pregnancy and are less likely to become infected through drug use. While adults, especially those insured through Medicaid, have had a notoriously hard time receiving coverage for HCV treatment, some experts say that pediatric patients may bypass those difficulties, according to Kaiser Health News. Many adults had to prove they had significant liver damage prior to coverage approval; however, the federal government requires Medicaid programs to cover screening, diagnostic, and treatment services for individuals under age 21. This may make obtaining HCV treatment easier for this population, according to the article.

According to a new lawsuit, 2 US Army veterans are alleging that they were denied honorable discharges due to a lack of consideration of mental health conditions, including post-traumatic stress disorder (PTSD). One of the plaintiffs was battling depression and went absent-without-leave (AWOL) to attend his wedding. Upon return, he was diagnosed with depression and discharged from going AWOL, The New York Times reported. This veteran was also diagnosed with PTSD, but was unable to receive benefits since he received a general discharge, and the benefits are only open to veterans who are honorably discharged. The lawsuit seeks to give veterans the chance to contest less-than-honorable discharges received as a result of mental illness.

Health insurers are facing new challenges in drafting 2018 plans due to the uncertain fate of the Affordable Care Act. While the Trump administration has made an attempt to repeal the law, the proposed American Health Care Act is still in the process of undergoing revisions, making the job of insurers—who only have a few more weeks to create new plans—more difficult. The uncertainty may cause some insurers to withdraw from the marketplaces or substantially increase premiums, according to The Wall Street Journal. Currently, insurers are taking cues from the media and social media to determine any potential changes, but the prices and plans may not be entirely accurate until a health law is set in place. 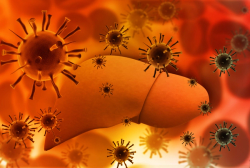 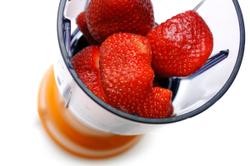