Top 10 Pharmacy Stories You Might Have Missed This Month

In case you got caught up in the Thanksgiving holiday rush, here are the top trending stories you may have missed in November:

In case you got caught up in the Thanksgiving holiday rush, here are the top trending stories you may have missed in November:

#1. 5 Reasons Not to Do a Pharmacy Residency

One major decision many pharmacy students struggle with is whether to pursue postgraduate pharmacy residency training.

Residencies play an important role in the advancement of today’s pharmacy profession, but going into a residency program is not always the right course of action for graduating pharmacists.

Reasons not to do a pharmacy residency include feeling obligated to pursue one and opting to do a fellowship instead.

A pharmacist in Indiana is looking to leverage pharmacists’ professional judgment in determining a patient’s need for pseudoephedrine products that can be used to make meth.

“As a practicing pharmacist in a small town, I have first-hand exposure to this meth manufacturing epidemic,” Harry Webb, RPh, owner of Webb’s Family Pharmacy in Rochester and Akron, Indiana, told Pharmacy Times. “I firmly believe pharmacists can solve this problem once the board of pharmacy adopts rules and possible penalties for those who ignore common sense.”

In Webb’s territory of Fulton County, there have been 86 meth lab seizures in the past 2 years.

US pharmacists moving abroad, beware. You may have to take a pay cut, considering that pharmacists in the United States tend to receive higher salaries than their counterparts in other countries.

According to PayScale estimates, US pharmacist salaries average around $107,000 annually, while pharmacists in Switzerland—the next highest-paying country for pharmacists—only get paid $83,000 a year, on average.

#4. What Happens to Rite Aid Pharmacists After the Walgreens Acquisition?

Since Rite Aid is the third-largest pharmacy chain in the country and a large employer of pharmacists, it’s normal to wonder what will happen to its pharmacists after Walgreens acquires it.

While Target’s pharmacy business transfer to CVS can rest on the notion that the pharmacies themselves will not close and Target pharmacists’ jobs are relatively secure, that may not be a guarantee in Rite Aid’s case.

#5. Pharmacist Accused of Dispensing Under the Influence

One pharmacist may have given a new meaning to DUI: dispensing under the influence.

Police officers and at least one customer who called 911 showed concern that the only pharmacist on duty at Edmonds Pharmacy in Washington State on November 11, 2015, was under the influence.

#6. 5 Medications That May Cause Hearing Loss

Pharmacists should sound the alarm for patients on potential hearing loss associated with some medications.

Hearing loss is among the less commonly noted side effects listed on drug labels, but it could be the most distressing one for patients.

Among the medications that may cause hearing loss are aspirin, nonsteroidal anti-inflammatory drugs, and antibiotics.

University of Arizona College of Pharmacy Dean Jessie Lyle Bootman has been indicted on felony sexual assault charges, following accusations that he attacked a woman at his house.

In response, the school put Bootman on paid administrative leave from his position as dean, for which he is paid $287,000 a year, according to The Arizona Daily Star.

Bootman’s attorney Brad Roach told the paper that his client denies the allegations and is “shocked and saddened that anyone would make claims against him or his conduct.”

#8. Best Cities for US Pharmacists

If you’ve ever wondered what are the best US cities for pharmacists, look no further than this article.

Among the 10 best cities are Gadsden, Alabama, and Brownsville-Harlingen, Texas.

A 1961 Oklahoma Board of Pharmacy statute is just now causing tension between pharmacists and physicians.

The law prohibits physicians from receiving patient-specific prescriptions in the office setting. In other words, if a prescription has a patient’s name on it, then the medication must be delivered to the patient, not the physician, except in certain situations.

“This statute prevents pharmacies from shipping medications to physicians so that they are ‘forced’ to do business with a particular pharmacy, therefore allowing kickbacks to the physician and/or allowing the physician to mark up the drug further and getting his cut of the profit,” Cindy Hamilton, DPh, who has been the chief compliance officer for the Oklahoma State Board of Pharmacy for 17 years, told Pharmacy Times.

Contrary to reports that the pharmacy board is just now enforcing the law, Dr. Hamilton maintained that the law took effect in 1961 and has been enforced for many years.

What gout risk factors should pharmacists inform their patients about? For starters, the following:

1. A family history of gout

5. An enzyme defect that inhibits the body from being able to break down purines

6. Exposure to lead in the environment

· Certain meat, seafood, and vegetables should be limited. Alcohol should also be avoided.

Patients with gout should consult with their pharmacist about the medications and vitamins they take. In turn, pharmacists can counsel their patients about the importance of a healthy diet and regular exercise.

Defining Value and Quality in Pharmacy 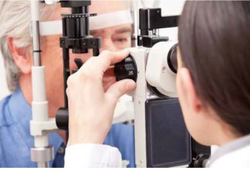