They Asked for it: Patient Request Fuels Brand-Name Preference

Physicians are more likely to prescribe a brand-name medicine if a patient requests it specifically, regardless of whether a generic alternative is available, according to researchers from Harvard University Medical School.

Study authors selected 2938 eligible physicians from a national survey that covered 7 care specialties, with 1891 of those eligible participating.

“Approximately 4 of 10 physicians report that they sometimes or often prescribe a brand name drug to a patient when a generic is available because the patient wanted it,” the study authors reported. “These numbers suggest that the unnecessary costs associated with this practice to the health care system could be substantial.”

The study, which was published online January 7, 2013, in JAMA Internal Medicine (formerly Archives of Internal Medicine), also determined that participants were more likely to accept free samples of brand-name drugs to give to patients.

An analysis of prescribing behavior determined that 43% of physicians practicing at least 30 years and 31% of physicians practicing for 10 years or less will sometimes or often issue a brand-name prescription if a patient requests the drug. Internal medicine physicians were more likely to consent to patient requests than pediatricians, anesthesiologists, cardiologists, and general surgeons, researchers determined. In addition, physicians working in a solo practice or with 1 other physician were more likely to fulfill a brand-name request than those working in hospitals or medical schools.

Authors noted several limitations to their findings, including whether a prescription was dispensed as written. Certain states allow for generic substitution when the medication is filled, and dispensing information was not monitored.

Industry-physician relationships influenced the inclination to fulfill brand-name drug requests as well, authors reported. Receiving free food and/or beverages and product samples from drug representatives made physicians more likely to agree to a brand-name drug request. Meeting with drug representatives for product or therapy updates also made physicians more likely to acquiesce to a request for brand-name medication.

The Generic Pharmaceutical Association (GPhA) focused on a portion of the study’s introduction that noted the higher copayments, increased insurance cost, and higher Medicare and Medicaid expenses seen when prescription drugs are used rather than available generics.

“The JAMA Internal Medicine study demonstrates that we are still leaving savings on the table that could be achieved by increasing the use of generic drugs,” Ralph G. Neas, president and chief executive officer of GPhA, said in a release.

The authors’ suggested interventions include a closed health care system, similar to the Veterans Health Administration or the system used in Britain, where the pharmacy has primary control over dispensation decisions. Alternate suggestions include prohibiting physicians from dispensing product samples and instead offering the samples at the pharmacy. The authors also mentioned banning physicians from accepting representative-provided food and beverages at work. 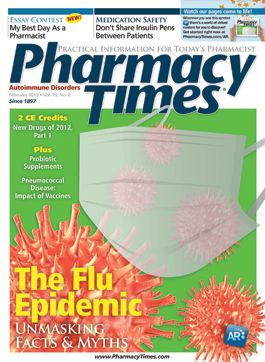