A recent study demonstrated the safety and clinical activity of E7 TCR-T cells in the treatment of highly refractory metastatic HPV- 16+ cancers.

A recent study demonstrated the safety and clinical activity of E7 TCR-T cells in the treatment of highly refractory metastatic HPV- 16+ cancers. Additionally, the findings showed that treatment resistance was associated with definitive genetic defects in the targeted peptide-HLA complex and manifold defects in antigen processing and interferon response.

In prior research, genetically engineered T-cell therapy demonstrated significant clinical activity in hematologic malignancies. However, the investigators of this study noted that it is currently not known whether this treatment has efficacy when applied to epithelial cancers. This would be an important treatment application as epithelial cancers account for 80% to 90% of human malignancies, according to the presenters.

In order to investigate this treatment application further, the investigators conducted a phase 1 clinical trial with a 3+3 dose escalation.

The study participants consisted of 12 patients who had received prior treatment with a median of 4 (range of 3 to 7) anticancer agents. The cell dose was not limited by toxicity.

Of those patients who previously received PD-1-based therapy, 4 responded, with the duration ranging from 3 to 9 months. The observed responses in these patients was a sustained, high-level engraftment of E7 TCR-T cells in peripheral blood. After approximately 6 weeks, the median response was observed to be approximately 66% of total T cells, ranging from 1% to 88%. This response was found to correlate with cell dose but not with clinical response, although infused T-cell characteristics did not correlate significantly with clinical response.

Three of 4 resistant tumors studied demonstrated genetic defects in HLA-A*02:01 or B2M, which are necessary components of the target complex. Of these 3, 1 demonstrated copy loss with decreased expression of antigen presentation and interferon response molecules, including TAP1, TAP2, IFNGR1, and IFNGR2 molecules. However, none of the 3 sensitive tumors studied showed genetic defects in any of these molecules. 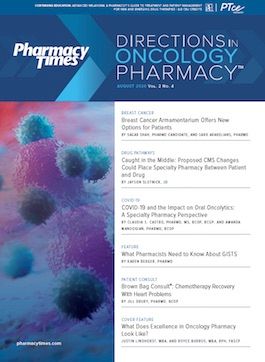