Tech Retires From Pharmacy in a Prehistoric Way

On her last day of work in the pharmacy, Deborah Maloney went out in a big way.

Deborah Maloney, a Walgreens pharmacy technician, decided to retire from pharmacy to spend time with her newborn granddaughter, and to work with her daughter as a mobile groomer. She had worked hard as a tech for 12 years, and on her last day, she decided to surprise her fellow employees, and wear a Tyrannosaurus rex costume.

Deborah had seen pictures and videos of this particular costume on social media, and told her husband, “I want one!” Sure enough, for Christmas, Deborah’s husband ordered her the costume from an online store.

The pharmacy was not the first place Deborah wore her costume. She had previously worn it to birthday parties. Also, her husband makes dog treats, which are sold at their local hardware store. Deborah wore the costume for their customer appreciation day, having fun, and greeting shoppers as a giant dinosaur.

Although there is a fan inside the costume to keep it inflated, Deborah told me that it still gets extremely hot, and the eye screen steams up. Because the costume is so cumbersome, Deborah could only wear it for short periods of time. She could not do pharmacy work in the costume, as it was too restrictive.

On her last day of work, she wore the costume twice, for a few minutes each time. Her coworkers, who were surprised, and could not stop laughing, were thrilled at the opportunity to have fun, and take pictures, and videos. Deborah also reported that although some customers were laughing, and pointing at the spectacle, some did not even notice, such as a lady who went right past her in a scooter without even looking up, as if it is common to see such a sight in the pharmacy.

Although Deborah’s second career of taking care of a baby and pets sounds amazing, she will miss her patients. She speaks fondly of them, and recalled the many times she bonded with her patients, and helped them carry items to the car. Some of her cherished older customers have passed away, but when she left, she made sure to get the number of one of her favorite patients, so that they could keep in touch, and even go out to lunch.

Deborah said she believes that a great team is critical to a successful pharmacy. As frustrating as working in a pharmacy can be, she says that staff have to have a good team, and support each other to make it through the day.

She will miss seeing her coworkers on a daily basis, but plans to keep in touch, and socialize with them. Although there is a Walgreens closer to her house, Deborah will still get her prescriptions at the pharmacy where she worked at for many years.

She most likely visit without her T. Rex costume. 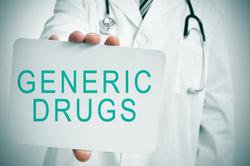