Clinical benefits were seen across subgroups, including patients with squamous and non-squamous lung cancer subtypes, and regardless of PD-L1 levels.

“We are highly encouraged to see that sugemalimab in combination with chemotherapy demonstrates significant clinical benefit, including improvement in both PFS and OS, when compared to placebo plus chemotherapy across a broad spectrum of patients with stage IV non-small cell lung cancer in this phase 3 study,” said Vince Miller, MD, physician-in-chief at EGRx, in the press release.

The GEMSTONE-302 trial is a randomized, double-blind, phase 3 study evaluating the efficacy and safety of sugemalimab or placebo in combination with carboplatin-based chemotherapy as a first-line treatment in patients with stage IV squamous or non-squamous NSCLC. The study included 479 patients who were randomized to either the sugemalimab or placebo group, and the primary endpoint was investigator-assessed progression-free survival (PFS). Secondary endpoints include PFS, safety, and OS.

The new data for OS benefit were reported after a planned interim analysis, which is a key secondary endpoint of the study. The results also build on earlier data from the study, which met the primary endpoint of PFS.

The clinical benefits were seen across subgroups, including patients with squamous and non-squamous subtypes, and regardless of PD-L1 levels. The safety profile of sugemalimab was consistent with that of the programmed death cell-1 (PD-1) and PD-L1 class of medications.

Lung cancer is the second most commonly diagnosed cancer and is a leading cause of cancer deaths worldwide. According to the press release, an estimated 2.2 million people were diagnosed with lung cancer in 2020 and NSCLC is the most common type of lung cancer, accounting for 84% of diagnoses.

“Price remains a barrier to accessing innovative therapies for many people with lung cancer around the world, despite the availability of multiple anti-PD(L)1 therapies,” Miller said in the press release. “We look forward to engaging with global regulatory authorities with the aim of delivering a lower-cost treatment option to patients upon approval.”

In addition to the ongoing GEMSTONE-302 study, sugemalimab is being investigated as a consolidation therapy in patients with locally advanced, unresectable stage 3 NSCLC without disease progression after either concurrent or sequential chemoradiotherapy in the pivotal phase 3 GEMSTONE-301 study. Positive PFS data from this trial were also recently presented. 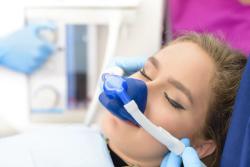