Study of human lung tissue and airway samples from patients with bacterial pneumonia shows that IL-26 applies modulatory effects on the immune system.

A recently discovered inflammatory mediator, interleukin-26 (IL-26), has an important role in pneumonia and contributes to killing bacteria, according to researchers at Karolinska Institutet.

The research team sought to categorize the immunological mechanisms involved in pneumonia to help facilitate more effective therapies. IL-26 has materialized in the past decade in the body’s immune response, which is the first line of defense against pathogens. It is rich in the airways of healthy humans and bacterial exposure incites an increased release of IL-26 by lung and white blood cells.

By studying human lung tissue and airway samples from patients with bacterial pneumonia, the researchers discovered that IL-26 applies modulatory effects on the immune system and the protein directly kills bacteria known to cause pneumonia, according to the study authors.

“Antibiotics are not sufficient to treat pneumonia and antibiotic resistance is an increasing problem, highlighting the need for biological treatments of this global killer disease. Our findings position IL-26 as a new potential target for biological treatment and emphasize that its role in pneumonia deserves to be further evaluated”, said lead study author Karlhans Che, a researcher at the Institute of Environmental Medicine, Karolinska Institutet, in a press release.

Respiratory Viruses That Hijack Immune Mechanisms May Have Achilles’ Heel 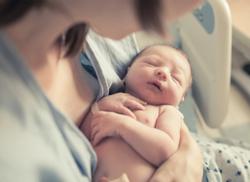