Study: Climate Hazards Aggravate More than Half of Human Diseases Caused by Pathogens

Climatic hazards were implicated for enhancing specific aspects of pathogens, increasing capacity of pathogens to cause more severe illness, and diminishing human capacity to cope with pathogens, such as dengue, hepatitis, pneumonia, malaria, and zika.

More than half (58%) of human diseases caused by pathogens have been, at some point, aggravated by climactic hazards, according to a paper recently published in Nature Climate Change. The comprehensive assessment uncovered empirical evidence about climatic hazards aggravating pathogens including dengue, hepatitis, pneumonia, malaria, and zika.

Pathogenic diseases were primarily transmitted by vectors; however, case examples were also found for waterborne, airborne, direct contact, and foodborne transmission pathways. The research found that 218 out of 375 (58%) known human pathogenic diseases had been affected by at least 1 climatic hazard at some point, via 1006 unique pathways.

“Given the extensive and pervasive consequences of the COVID 19 pandemic, it was truly scary to discover the massive health vulnerability resulting as a consequence of greenhouse gas emissions,” said Camilo Mora, BSc, PhD, geography professor in the College of Social Sciences, in a press release. “There are just too many diseases, and pathways of transmission, for us to think that we can truly adapt to climate change. It highlights the urgent need to reduce greenhouse gas emissions globally.”

In some cases, climatic hazards were also implicated in the increasing capacity of pathogens to cause more severe illness. Heatwaves were suggested as a natural selective pressure toward “heat resistant” viruses.

Additionally, human capacity to cope with pathogens has been diminished by climatic hazards, which alter body condition, add stress from exposure to hazardous conditions, force people into unsafe conditions, and damage infrastructure, forcing exposure to pathogens and/or reducing access to medical care.

“We knew that climate change can affect human pathogenic diseases,” said co-author Kira Webster, College of Social Sciences geography PhD student, in a press release. “Yet, as our database grew, we became both fascinated and distressed by the overwhelming number of available case studies that already show how vulnerable we are becoming to our ongoing growing emissions of greenhouse gases.”

Though the majority of diseases were aggravated by climatic hazards, researchers noted that 63 of 286 were actually diminished by climatic hazards. For example, warming appears to have reduced the spread of viral diseases likely related to unsuitable conditions for the virus or because of a stronger immune system in warmer conditions.

However, most diseases that were diminished by at least 1 hazard were, at times, aggravated by another and sometimes even the same hazard. The researchers created an interactive webpage to demonstrate the connection between climatic hazard and a disease case, allowing users to query specific hazards, pathways, and disease groups. 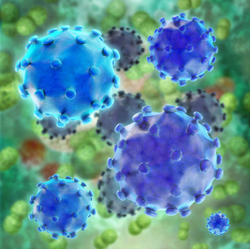