Some Pediatric Readmissions Could Be Avoidable

Readmissions due to physicians’ assessments, surgical complications, and hospital-acquired conditions could be avoided.

A recent study found that nearly 30% of hospital readmissions for pediatric patients could potentially be avoidable.

A study published by Pediatrics included medical records and interviews with physicians and parents who had a child readmitted to a hospital within 30 days of the original visit. Of the 305 readmissions, researchers found that 29.5% could have been prevented.

A majority (three-quarters) of the readmissions were due to hospital-related factors, such as patient assessments, post-surgical complications, or conditions acquired at the hospital, according to the study. Researchers also found that 39.2% of patients were readmitted due to problems that occurred after discharge.

“One of the things we need to improve upon is engaging families at the time of discharge around how we’re feeling and how they’re feeling about the status of the child at that point in time,” said study lead author Sara Toomey, MD.

Some physicians and even family members believe the pediatric patient should be discharged before they are ready, which can lead to readmissions. Hospitals face fines when they readmit Medicare beneficiaries, but there is nothing in place to prevent this from happening with younger children.

Researchers note that readmissions will never be completely avoidable.

“When you have a child coming home from the hospital, there are things you need to know, and the more active people are in creating a plan and making sure they understand it, the better that will help their children,” Dr Toomey concluded. 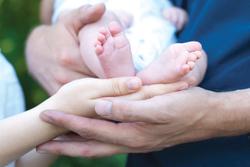 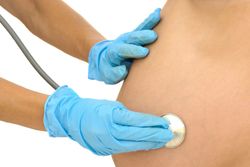