PTSD can have debilitating effects, including flashbacks, nightmares, and extreme anxiety.

Patients with post-traumatic stress disorder (PTSD) have elevated glucocorticoid receptor-FKBP51, according to researchers at the Centre for Addiction and Mental Health (CAMH). In response to this finding, the researchers developed a peptide to target and disrupt the protein complex, suggesting that it could treat or even prevent PTSD symptoms.1

PTSD can have debilitating effects, including flashbacks, nightmares, and extreme anxiety. According to a press release from CAMH, there are no laboratory diagnostic tests for the condition and existing treatments have limited efficacy.1 Current treatments include cognitive-behavioral psychotherapy aimed at desensitizing the patient to traumatic cues.2

The study authors noted that limited knowledge about the underlying molecular mechanisms inhibits the development of better treatments.1

Furthermore, a specific variant of the FKBP5 gene affects susceptibility to PTSD after early-life trauma, according to the study authors. When triggered by traumatic events in adulthood, the glucocorticoid release activates the demethylated form of FKBP5, and leads to further glucocorticoid resistance.2 This resistance is believed to contribute to the symptoms of PTSD by promoting hyperarousal of the stress-response system, according to the authors.2

After establishing these findings, the researchers synthesized a blocking peptide TAT-GRpep, which contains the same amino acid sequence as the region of the glucocorticoid receptor that binds FKBP5. This peptide, therefore, blocks both the consolidation and recall of fear memories, as established by previous research in mice.

Based on this, the researchers said the protein complex could be used as a treatment target for established PTSD symptoms, as well as a biochemical marker for PTSD.

Shine a Light on Diabetes and Mental Health 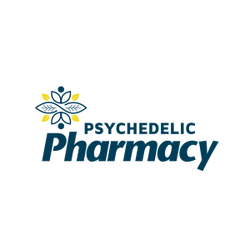