Although the incidence Is on the rise, pharmacists can educate patients about effective prevention strategies.

Ticks, which comprise more than 800 species worldwide, are considered excellent vectors for disease transmission and rank second only to mosquitoes as carriers of infectious and toxic disease.1 The number of reported cases of tick-borne diseases has more than doubled over the past 13 years, according to a recent report from the CDC,2,3 and increasing awareness about preventive and treatment strategies is a priority.4

Although the exact cause of the significant upsurge is unknown, the CDC has reported that several factors, such as temperature, rainfall, humidity, and host populations for ticks to feed on, including deer and mice, may play a role.3 Increased health care provider awareness, testing, and reporting practices may also have affected the higher number of reported cases of tick-borne disease.3 Although these infections can occur at any time, most develop during spring and summer.4 Bacteria, parasites, and viruses can all cause tick-borne diseases, and in the United States, bacteria lead to the majority of instances. Lyme disease caused by Borrelia burgdorferi accounts for 82% of reported cases, though other bacteria, including Anaplasma phagocytophilum, Ehrlichia chaffeensis, and Rickettsia, as well as parasites such as Babesia microti, also cause significant morbidity and mortality.5

The public health burden of tick-borne pathogens is considerably underestimated.5 For example, the CDC has reported about 30,000 cases of Lyme disease annually but estimates that the true prevalence is 10 times that number.5,6

Scientists are exploring the salivary glands of some species of ticks to learn more about mechanisms of virus transmission and infections in mammals.7 In addition, investigators have discovered a scan technique that reveals brain inflammation in those with posttreatment Lyme disease syndrome (PTLDS). They concluded that further study of the relationship among higher glial activation in the central nervous system, systemic inflammatory signaling, and cognitive performance in PTLDS is warranted.8

Furthermore, investigators have also determined that in the United States, >90% of Lyme disease cases occur in northeastern states from Maine to Virginia and in Michigan, Minnesota, and Wisconsin. Ixodes scapularis (the deer tick) is the primary vector.9

Because pharmacists are likely to encounter patients seeking information about tick-borne diseases such as Lyme disease, they should be prepared to counsel patients about prevention strategies. These can be divided into 3 general categories: environmental, personal, and prophylactic (ie, after a tick bite has occurred).1,10

The CDC offers the following recommendations1,11:

• Do not use insect repellent on infants younger than 2 months.

• Do not use products containing OLE or PMD on children younger than 3 years.

• Wear permethrin-treated clothing, which can significantly reduce the number of tick bites when working outdoors.

• Avoid brushy and wooded areas and high-grass areas with shrubs that attract ticks.

• Walk in the center of paths to avoid vegetation that may house ticks.

• Perform daily tick checks, and remove ticks as soon as they are detected.

• Shower soon after being outdoors.

• Use fine-tipped tweezers to grasp the tick as close to the skin’s surface as possible. Avoid folk remedies, such as using heat, nail polish, or petroleum jelly, to detach the tick from the skin.1,12

• Pull upward with even, steady pressure. Do not jerk or twist the tick, as this can cause the mouth parts to break off and remain in the skin. If this happens, remove the mouth parts with clean tweezers. If the mouth parts cannot be easily removed, leave them alone, and let the skin heal.1,12

• After removing the tick, thoroughly clean the bite area and hands with an iodine scrub, rubbing alcohol, or soap and water.1,12

• Never crush a tick with the fingers. Dispose of a live tick by putting it in alcohol or placing it in a sealed bag or container before disposal.1,12

Pharmacists can ease the concerns and fears of patients inquiring about tick-borne diseases and educate them on the proper use of insect repellents, such as DEET. Moreover, pharmacists should always direct patients exhibiting signs and symptoms of tick-borne illness to promptly seek further medical care from their primary health care providers, as pharmacologic therapy including antibiotics may be warranted, depending on disease manifestations.

Yvette C. Terrie, BSPharm, RPh, is a consulting pharmacist and a medical writer in Haymarket, Virginia. 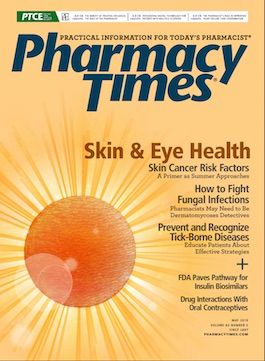