The FDA has approved its quadrivalent formulation of Protein Sciences’ Flublok influenza vaccine for protection against 4 strains of influenza―3 of the same strains found in its trivalent version, along with an additional B strain. It is the first high-antigen-content quadrivalent flu vaccine approved by the FDA.

“The US has been trending toward the use of quadrivalent flu vaccines in recent years,” Manon Cox, president and CEO of Protein Sciences Corporation, said in a press release, “We are pleased to bring Flublok Quadrivalent to market to give consumers additional options, especially seniors who have no other high-antigen-content quadrivalent vaccine available to them.”

Flublok Quadrivalent has been approved for adults 18 years and older and will be available in prefilled syringes beginning in 2017. 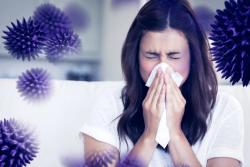