The FDA has approved Qtern tablets by AstraZeneca to improve glycemic control in adults with type 2 diabetes.

Dapagliflozin is a sodium-glucose cotransporter 2 (SGLT-2) inhibitor. It reduces reabsorption of filtered glucose and lowers the renal threshold for glucose, resulting in increased urinary glucose excretion.

Saxagliptin is a dipeptidyl-peptidase-4 (DPP-4) inhibitor. It slows the inactivation of the incretin hormones, causing a rise in incretin bloodstream concentrations, which leads to reduced fasting and postprandial glucose concentrations.

The elimination of dapagliflozin and its metabolites is primarily renal. Saxagliptin is eliminated both renally and hepatically. Age, gender, race, and body weight do not affect the pharmacokinetics of either component of Qtern.1

Qtern should be given as 1 tablet (dapagliflozin 10 mg/saxagliptin 5 mg) orally once daily in the morning. It can be taken with or without food and must be swallowed whole. Renal function should be assessed prior to starting, and periodically during, treatment with Qtern. Patients with estimated glomerular filtration rate (eGFR) below 60 mL/min/1.73 m2 should not begin this medication, and patients in whom the eGFR persistently drops below 60 mL/min/1.73 m2 should discontinue it. Qtern should not be coadministered with strong cytochrome P450 3A4/5 inhibitors.1

A 24-week, phase 3, multicenter, randomized, double-blind, placebo-controlled trial of 315 patients evaluated the efficacy and safety of saxagliptin added to dapagliflozin in adult patients with type 2 diabetes and inadequate glycemic control. Study participants had a baseline hemoglobin A1C (HbA1C) of more than 7% and less than 10.5% and were using more than 1500 mg metformin daily. The study began with a 16-week lead-in period of open-label metformin, plus dapagliflozin 10 mg, after which patients were randomized to receive add-on treatment with either saxagliptin 5 mg or placebo. The study results showed that the group receiving saxagliptin had statistically significant greater reductions in HbA1C than did the group receiving placebo.1,2

Qtern is contraindicated in patients with prior serious hypersensitivity reaction to Qtern or its components, moderate to severe renal impairment (eGFR <45 mL/min/1.73 m2), or end-stage renal disease, as well as in patients on dialysis.

Bullous pemphigoid has been reported; if it is suspected, Qtern should be discontinued immediately. No clinical studies have established conclusive evidence of macrovascular risk reduction with the use of this drug. Qtern should not be used during the second or third trimesters of pregnancy or during breastfeeding.

The most common adverse reactions (incidence of more than 5%) are upper respiratory infection, urinary tract infection, and dyslipidemia.1

Dr. Holmberg earned her PharmD from the University of Connecticut and completed an ambulatory care residency at the Phoenix VA Healthcare System. Her practice has also included pediatrics and inpatient mental health. She lives in Phoenix, Arizona. 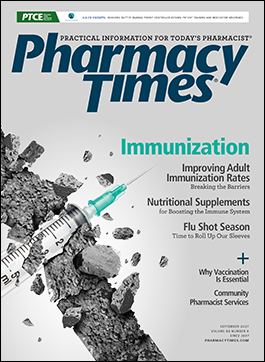