Faulty protein kinases can lead to conditions such as diabetes, cancer, and cardiovascular disease.

A study published in the American Journal of Human Genetics found a new activation mechanism for the crystal structure of protein kinase G I (PKG I).

Protein kinases regulate almost every aspect of cell life. If they are faulty, it can lead to several conditions such as diabetes, cancer, and cardiovascular disease.

Since some protein kinases have similar structures, some researchers believed that the activity is most likely regulated in a similar matter and could be targeted with similar medications. However, the study found this idea might not always be the case.

“Kinases add a phosphate group to other proteins and this addition is like flipping a switch; it modifies the activity of the protein,” said senior study author, Choel Kim. “About 2%, or nearly 500, of all human genes are dedicated to coding protein kinases and over 50% of kinases are linked to various human diseases.”

PKG has a regulatory (R) and catalytic (C) domains, so when R and C are together, PKG I becomes inactive or dormant and does not phosphorylate other proteins.

In order for R and C domains to be active, a cyclic nucleotide cGMP is needed to bind to the R domain, freeing up the C domain to carry on the phosphorylation of other proteins.

“We think that targeting the R domain might be a way to effectively regulate the activity of PKG I involved in disease because this R domain is unique for this kinase,” Kim said. “But first we need to understand how the R domain works.”

The regulation mechanisms of PKG and PKA are dependent on the interaction between the R domain and C domain. Within PKA, the R and C subunits are in separate molecules and diffuse away upon activation. This process prevents the potential reassociation that could cause unnecessary inhibition.

When compared, the differences revealed that the activation mechanism for protein kinase could be used in the future for the development of new drugs.

“The difference between PKG I and PKA, as revealed by the crystal structure of PKG I, is that in PKG I, where the R and C domains cannot diffuse away from each other, cGMP provides critical contacts between the two R domains that may prevent R and C from getting back together,” Kim said. “Keeping R and C separate can help sustaining kinase activity critical for relaxing smooth muscle. Our study reveals a new activation mechanism for protein kinases, which should be considered in the design of drugs that target PKG I.” 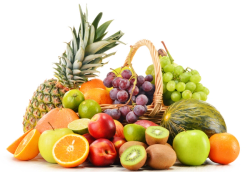 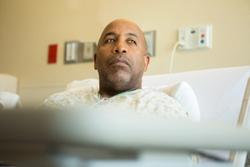