Protein ABDH5 May Play a Role in Hepatitis C Development

The same gene that causes Chanarin-Dorfman syndrome could play a part in HCV.

Some pathogens including hepatitis C virus (HCV) use lipid droplets, which are involved in fat storage and metabolism.

According to an article published in PLOS Pathogens, HCV travels through the blood as a lipo-viro particle that resembles human very low density lipoproteins (VLDL). Since it resembles VLDL, the immune system has a hard time detecting and fighting the virus.

Researchers tested whether genes with proposed roles in the formation and maintenance of lipid droplets or VLDL were essential for HCV infection. They found that multiple genes appeared in different stages of the HCV life-cycle, according to the study.

Researchers analyzed ABHD5 more closely because mutations in this gene can cause Chanarin-Dorfman syndrome (CDS), which results in defects in lipid storage. After further research, ABHD5 was shown to have no effect on HCV entering human cells or the multiplication of the viral genome, but its expression levels regulated virus assembly and release from the human host cells.

Researchers then tested 2 variants of ABHD5 and discovered that both of the mutations stopped its role in HCV assembly. The localization of ABDH5 in cells was also studied, and the researchers found it at the surface of lipid droplets and the cellular secretion machinery, both of which are the sites of HCV assembly.

Researchers examined the functional consequences of the associations, and found fewer lipid droplets expressing higher-than-normal levels of ABDH5; however, high levels of CDS mutant genes did not seem to affect the cell lipid droplets, according to the study.

Researchers were able to identify “tibasic lipid droplet consumption motif” through mutating parts of ABHD5. Mutations in this motif kept the protein’s co-localization with lipid droplets, but did not encourage consumption of the droplet.

Study authors believe that the mutation of this motif stops ABHD5’s relationship with its partner lipase.

"Our findings indicate that ABHD5 supports HCV assembly and release by triggering the mobilisation of the lipid droplet stores for the assembly and release of infectious lipo-viro-particles. They shed light on host determinants of HCV and VLDL morphogenesis, on the role of ABHD5 in hepatocytes and the etiology [the biological origin] of the liver dysfunctions observed in the Chanarin-Dorfman patients,” the study authors concluded. 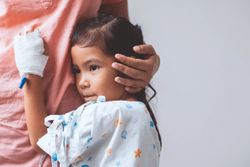 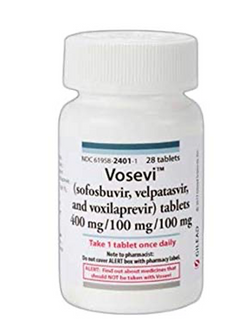