Promote the Safe and Proper Use of OTC Drugs

Through vigilance and patient education, pharmacists can increase awareness about the critical need to prevent abuse and misuse of these medications.

There is a common perception among the public that OTC drugs are safer than prescription and illegal street drugs.1-3 However, OTC drugs, including herbal products, can cause serious adverse effects, some fatal, when abused or misused.1-3 Abuse of OTC drugs is most prevalent among teens between ages 13 and 16 years, with 1 in every 10 teens reporting the abuse of cough medicine to get high.1

In recent years, acknowledgement of abuse, addiction potential, and misuse of OTC drugs, particularly among teenagers and young adults, has increased.3,4 Drug abuse is defined as the use of a drug to experience psychoactive effects such as euphoria, whereas misuse is defined as improper or incorrect use, such as taking excessive amounts or for uses other than the intended medical indication.4,5 OTC drugs can be easily abused and misused because they are extensively available, inexpensive, and legal, and many have no age limit or requirement on the amount purchased.4 Because many consumers typically do not discuss their use of OTC products with their primary health care providers, they are unaware of the potential risks associated with the improper use of OTC drugs.6 Research shows that the risks involved with using OTC drugs include addiction issues because of prolonged use, adverse drug interactions and reactions, improper self-diagnosis, and inappropriate dosing.6

According to the National Institute on Drug Abuse, abuse and misuse of OTC drugs may include mixing OTC medicines to create new products, taking medicine in a dose or way other than directed by the manufacturer, and taking medicine for the effect it causes, such as euphoria.3 Frequently abused and misused OTC drugs include analgesics, antihistamines, caffeine, dextromethorphan, pseudoephedrine, and sleep aids.3,6 OTC drugs related to promoting weight loss, such as diet pills, diuretics, and laxatives, are also commonly abused and misused.3,6,7 To prevent and reduce the abuse of the OTC decongestant pseudoephedrine, Congress passed the Combat Methamphetamine Epidemic Act of 2005. This places a purchase limit on pseudoephedrine in a 30-day period.6,7 Although this act has helped diminish the abuse of pseudoephedrine-containing products, proactive adaptation of this process for other OTC drugs by pharmacists had not happened.6,7

After alcohol and marijuana, prescription and OTC medications are the most commonly abused substances in the United States for individuals 14 and older, according to the National Institute on Drug Abuse.3 Some states ban the sale of cough syrups containing dextromethorphan to those younger than 18.8 Dextromethorphan is often abused by teens in a practice commonly known as “robotripping” or “skittling.”9

Results of a 2018 study estimated that 1 in 5 individuals who use OTC analgesics exceed the recommended daily maximum dosage and duration when using these analgesics without prescriber supervision.10 The investigators concluded that some consumers were taking multiple nonsteroidal anti-inflammatory drugs (NSAIDs), including OTC and prescription NSAIDs, at the same time and were not always aware of the adverse effects associated with the use of these agents, which are often dose related, such as acute renal injury, cardiovascular outcomes including myocardial infarction and stroke, and major gastrointestinal bleeding.10

Recent data indicate that a growing number of individuals are taking enormously high doses of loperamide in a misguided attempt to achieve a euphoric high or to self-manage opioid withdrawal.11,12 In a study published in Clinical Toxicology, the authors found that there is a new threat in the opiate epidemic.11 Over the past 5 years, overdoses of the OTC antidiarrheal loperamide have been steadily increasing in incidence and severity nationwide. The investigators suggested that possible ways of restricting loperamide misuse may include limiting the daily or monthly amount that an individual can purchase, placing medication behind a counter, and requiring photo identification and retailers to keep personal information about customers.11

To address the issue of excessive loperamide dosing, in January 2019, the Consumer Healthcare Products Association launched the Loperamide Safety Education Campaign to increase awareness about the improper use of loperamide, specifically taking it at very high doses and the serious and sometimes fatal cardiac adverse events. The campaign aims to educate health care professionals about loperamide abuse and misuse.12 More about this campaign can be found at loperamidesafety.org/.

ROLE OF THE PHARMACIST

Pharmacists, being some of the most accessible health care providers, should seize every opportunity to educate patients about the proper and safe use of OTC drugs. Greater awareness regarding the abuse and misuse potential of OTC drugs is warranted to prevent or reduce adverse outcomes for consumers. When used as directed, OTC products are effective and safe for treating a variety of common ailments. Recommendations from pharmacists may allow patients to make informed decisions regarding their health and the proper use of these products.

Yvette C. Terrie, BSPharm, RPh, is a consulting pharmacist and a medical writer in Haymarket, Virginia. 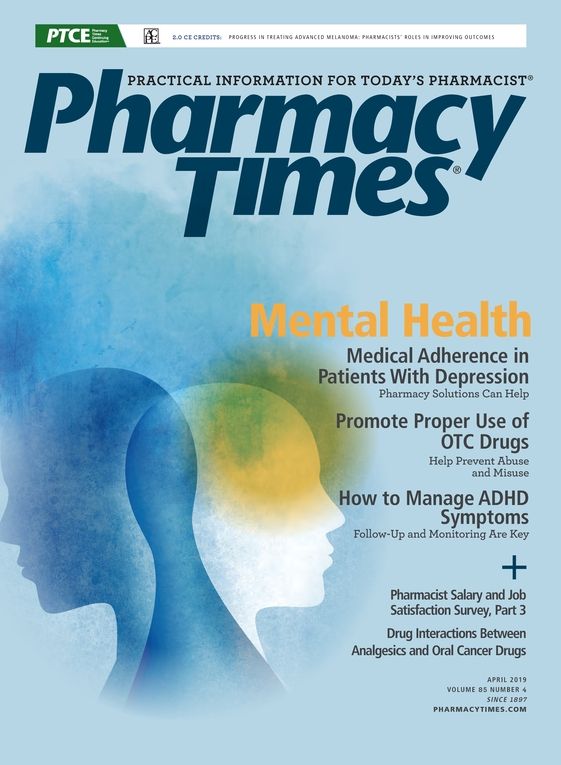