Studies of physicians and pharmacists have repeatedly shown that computerized drug—drug interaction (DDI) alerts are usually ignored. One likely reason for this is that most DDI alerts are of the “one size fits all” variety...in other words, the alerts are not contextualized to the specific situation of the patient in question.

It has generally been assumed that if DDI alerts were tailored to the specific situation of the patient, health professionals would pay more attention to them. There are many ways that DDI alerts could be made patient specific by considering risk factors such as the diseases for which the drugs are used, doses of the drugs, sequence of administration, route of administration, pharmacogenomics, renal function, age, gender, and other factors.

Drug interactions that may increase the risk of hyperkalemia produce many DDI alerts in most systems, and a randomized controlled trial was performed to determine whether providing patient potassium values to prescribers would affect their prescribing.1 The study looked at how 1029 outpatient physicians reacted to DDI alerts that were produced when they prescribed combinations of angiotensin-converting enzyme inhibitors, angiotensin-receptor blockers, potassium-sparing diuretics, or potassium supplements. The physicians were randomized to either receive or not receive the patient’s most recent serum potassium and/or serum creatinine measurement.

The results were unexpected. It turned out that warning prescribers that their patient already had a serum potassium level over 5.0 mEq/L did not significantly reduce the likelihood that they would give the combination of drugs that increases the risk of hyperkalemia. Moreover, when chart reviews were done on the 10 patients with the highest baseline potassium concentrations in whom the interacting drugs were given despite the alert, 4 of them developed hyperkalemia, 2 of whom required hospitalization. Not surprisingly, none of the 10 patients with the lowest baseline potassium levels developed hyperkalemia when given the interacting drugs.

The authors acknowledged that they only measured whether or not the interacting combination was given, and did not consider whether the physicians took other precautions such as increased monitoring for hyperkalemia or alterations in drug dosage. Nonetheless, the limited chart reviews mentioned above suggest that more attention should have been given to the alerts in at least some patients.

Lessons from this Study

The authors found that providing tailored DDI alerts for specific patients does not necessarily result in appropriate action on the part of prescribers. This is a counterintuitive finding, but some tentative conclusions can be offered.

1. Alert Presentation. The failure of physicians to heed the alerts may be related to the routine way the alerts were presented. The authors were probably correct to suggest that a more intense warning may have increased appropriate responses to the alerts by the prescribers. For example, prescribers may pay more attention to DDI alerts that specify the potential outcome (in this case, fatal hyperkalemia), along with colors or icons that portray increased urgency and severity.

2. “Hard Stop” Alerts. For DDIs that are potentially fatal (such as those leading to hyperkalemia), it may be appropriate to require the prescriber to respond to the alert before proceeding, especially in patients at increased risk. In patients with high preexisting potassium levels, for example, it may be appropriate to ask the prescriber to provide justification for giving a combination of drugs that is likely to further increase potassium.

A recent study found that integrating patient-specific laboratory data (serum potassium and serum creatinine) into DDI alerts for drug combinations that increase the risk of hyperkalemia did not result in reduced exposure to the DDI. It seems likely that simply providing this information to prescribers is insufficient to change behavior and that the DDI-alerting procedure needs to be intensified for potentially fatal DDIs such as this. The results also suggest that pharmacists may sometimes need to be more proactive in addressing serious DDIs in patients at increased risk. 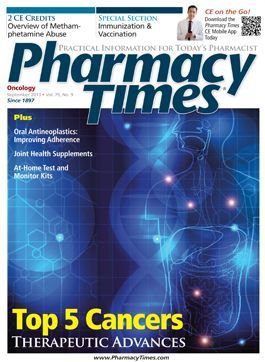