Among eligible MSM, PrEP use is associated with lower levels of HIV anxiety, a mental health benefit that could be incorporated into initiatives that aim to increase uptake.

Many men who have sex with men (MSM) experience anxiety related to the prospect of acquiring HIV. This anxiety can disrupt their emotional quality of life and contribute to fears which discourage HIV testing. Pre-exposure prophylaxis (PrEP) is highly effective at reducing risk of HIV infection, but uptake remains low among at-risk individuals in many settings. A new study, published in the Journal of Acquired Immune Deficiency Syndrome, has discovered that among eligible MSM, PrEP use is associated with lower levels of HIV anxiety, a mental health benefit that could be incorporated into initiatives which aim to increase PrEP uptake.

Investigators gathered data using the Following Lives Undergoing Change (Flux) study, a national observational study of licit and illicit drug use among MSM in Australia. New items were introduced to the Flux study in 2018 to evaluate anxiety regarding HIV transmission. Participants ranked 3 statements in relation to the applicability to their lives. The statements were: after having sex I sometimes get concerned that I might have done something risky; I sometimes worry about HIV before having sex; when I’m having sex HIV tends to come to mind. Ranking ranged from 1 to 6, with 1 indicating least agreement and 6 representing most agreement.

The Flux study participants were recruited between 2014 and 2018 through community websites, Facebook, mobile phone applications, and gay dating networking websites. Men were eligible for participation if they were at least 16.5 years of age, identified as gay or bisexual, and/or had sex with a man within the past 12 months. 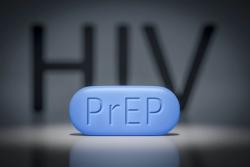 PrEP Delivery Remains Low Among Those With Opioid/Stimulant Use Disorder