Tivozanib was the first therapy approved by the FDA for adult patients with relapsed or refractory advanced renal cell carcinoma following 2 or more prior systemic therapies.

In March, the FDA granted approval to tivozanib (Fotivda, AVEO Oncology) as the first therapy for adult patients with relapsed or refractory advanced renal cell carcinoma (RCC) following 2 or more prior systemic therapies.

The approval is based on the TIVO-3 study, which compared tivozanib to sorafenib in relapsed or refractory advanced RCC following 2 or more prior systemic therapies. The approval is also supported by 3 additional trials in RCC and includes safety data from more than 1000 clinical trial subjects, according to the press release.

Study participants were randomized 1:1 to receive either tivozanib or sorafenib. The main efficacy outcome measure was progression-free survival (PFS) and other efficacy endpoints were overall survival (OS) and objective response rate (ORR). 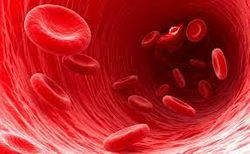 Expert: Although Women Are the Majority of Pharmacy Graduates, the ‘Leadership Numbers Have Remained the Same for the Past 40 Years’