According to recent survey results published by the US Centers for Disease Control and Prevention, the number of local sites supplying naloxone has spiked 243% from a similar survey in 2010. This has yielded a 187% increase in the number of individuals provided naloxone kits and a 160% increase in number of reported drug overdose reversals since that time. 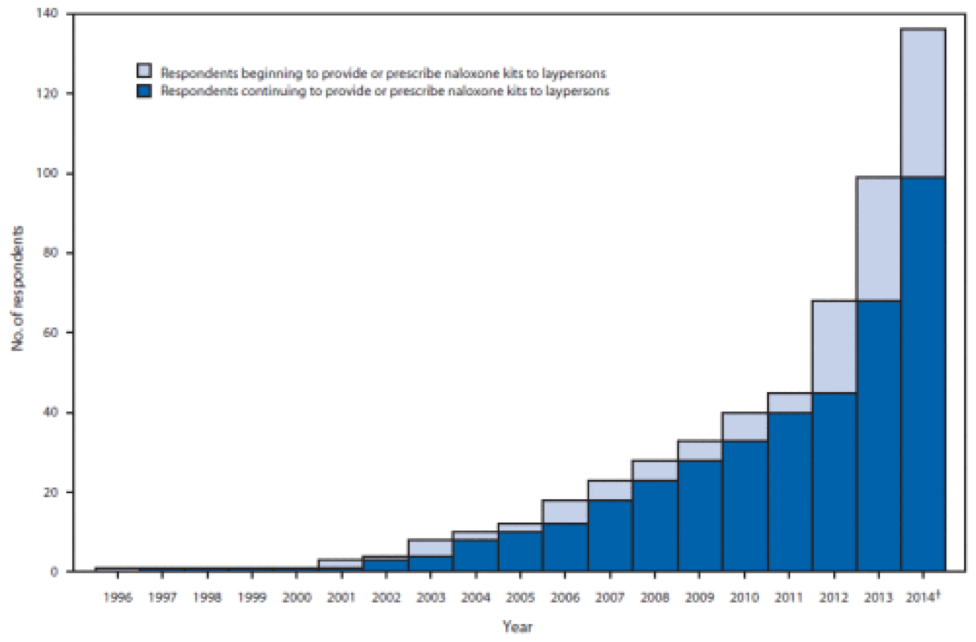 “While at the time of our survey last year there were only a handful of pharmacists actively dispensing or filling prescriptions for naloxone, this has changed even since then,” Wheeler said.

Legislation in states such as California, Oklahoma, Massachusetts, Washington, and Rhode Island has put naloxone distribution on par with Plan B, Wheeler said. She added that further efforts to allow pharmacists to dispense naloxone could lead to even more patients obtaining the potentially life-saving treatment.

Just last month, the Kentucky Board of Pharmacy passed an emergency regulation permitting the state’s pharmacists to dispense naloxone without a prescription.

“Pharmacy access may be able to reach prescription opioid users who are not being reached by the existing naloxone distribution programs,” Wheeler noted.

Last summer, the HRC surveyed 140 managers of organizations known to provide naloxone kits to the public, including health care facilities, state or local health departments, and pharmacies. The 136 respondents answered questions about the amount of naloxone distributed, the number of overdose reversals by bystanders, and how many individuals were trained in drug overdose prevention.

The data showed that the surveyed organizations distributed a total of 152,283 naloxone kits between 1996 and 2014 and received reports of 26,463 overdose reversals.

Drug users comprised the majority of those who received (81.6%) and administered (82.8%) naloxone in 2013, according to 93 organizations that collected data on the characteristics of individuals provided naloxone kits.

Heroin was the most common drug involved in the reversed overdoses, while prescription opioids were involved in 14.1% of cases.