PCSK9 inhibitors are a promising new class of drugs for patients with dyslipidemia, but where do they fit in therapy?

PCSK9 inhibitors are a promising new class of drugs for patients with dyslipidemia, but where do they fit in therapy?

In early June, FDA expert panels considered 2 new monoclonal antibodies of the treatment of hypercholesterolemia: Amgen’s Repatha (evolocumab) and Sanofi and Regeneron Pharmaceuticals' Praluent (alirocumab).1-5 (See Table.) Although these medications have not yet been approved, the FDA issued a favorable opinion of both drugs and insurers are concerned about their potentially high costs.6 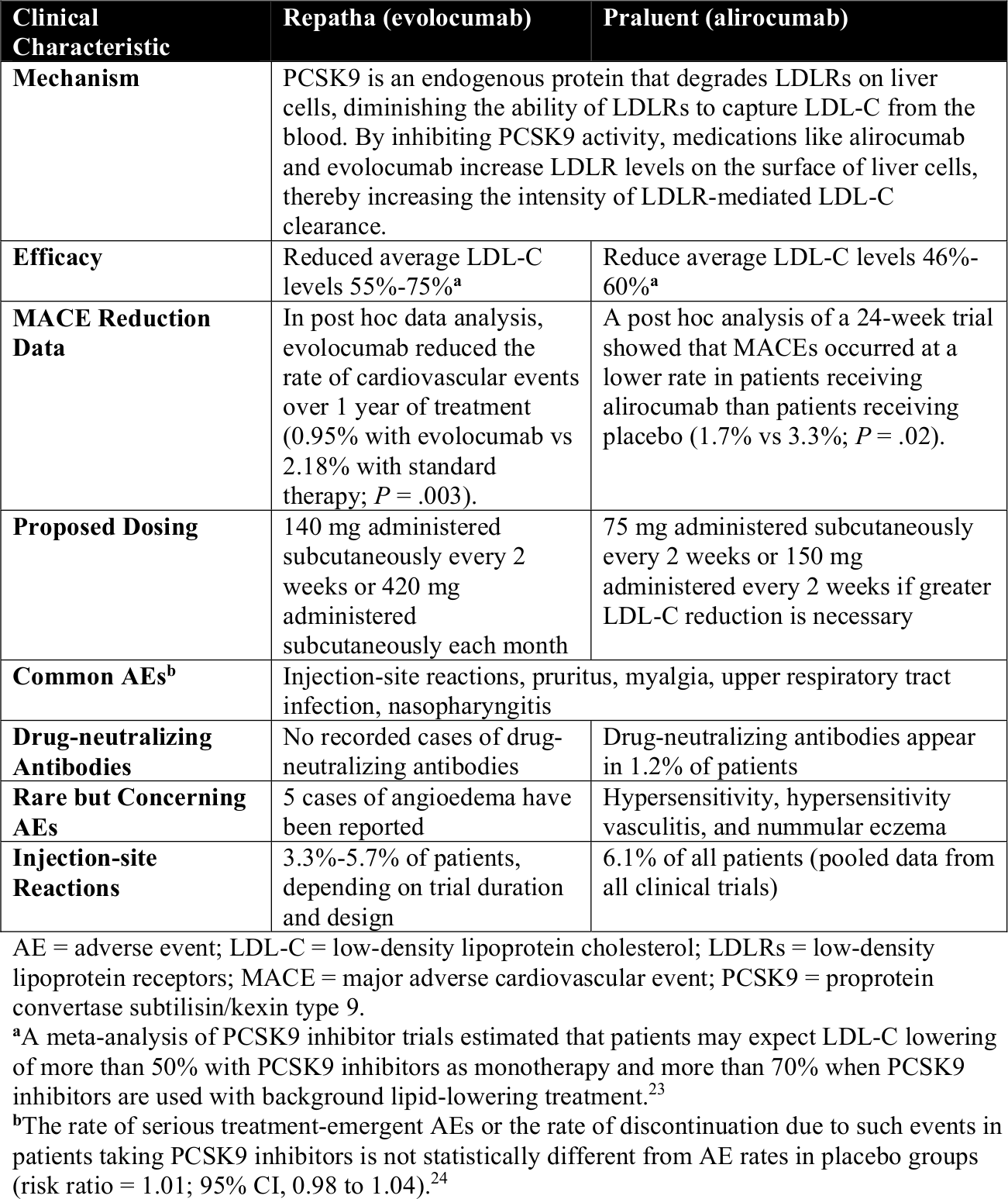 According to Express Scripts Chief Marketing Officer Steve Miller, the effects of these medications on formularies could be enormous. At a recent conference, Miller stated, “Think about a lifetime drug that's probably going to cost greater than $10,000 annually times 71 million people.” CVS Caremark President Jon Roberts noted, “We think they’re going to be highly prescribed and they’re going to be very expensive.”6

Proposed indication statements for alirocumab and evolocumab from FDA briefing documents indicate that both drugs will likely have broadly defined indications for lowering “bad” low-density lipoprotein cholesterol (LDL-C) and raising “good” high-density lipoprotein cholesterol. In addition, both drugs are likely to receive indications for treatment of patients who are statin-intolerant, as well as patients with familial hypercholesterolemia (FH).1,2 With sweeping indications like these, millions of patients could be candidates for proprotein convertase subtilisin/kexin type 9 (PCSK9)-inhibitor therapy. Nearly 60 million US adults (or 1 in 4 individuals) have LDL-C levels that exceed 160 mg/dL.7 If half of these patients took PCSK9 inhibitors, spending on this class of medications would exceed $300 billion annually.

Fortunately, industry analysts do not expect this scenario to happen. Instead, financial analysts expect evolocumab and alirocumab to net a combined $6 billion in sales each year, with annual sales eventually reaching $10 billion for the entire PCSK9-inhibitor medication class.6 These expectations are consistent with much more conservative use of these medications.

Several factors, including the following, will limit the use of PCSK9 inhibitors to a narrow segment of patients with hyperlipidemia:

(1) True statin intolerance is very rare. In trials of PCSK9 inhibitors, investigators reported that up to 20% of patients with dyslipidemia are intolerant of statins, with most cases of intolerance resulting from muscle-related adverse events (AEs).8 Although it is true that more than 10% of patients taking statins experience mild myalgia, most of these cases are merely bothersome and are not dangerous.9,10

Rhabdomyolysis is not listed in briefing documents as a concern with PCSK9 inhibitors; yet, in a trial of evolocumab in patients who were statin-intolerant, 12% of patients receiving evolocumab for 12 weeks reported muscle-related AEs.8 A similar trial with alirocumab is in progress.13 The fact that patients who are statin-intolerant continue to report these AEs with a drug that has not been shown to cause rhabdomyolysis suggests that many of these patients, if not most, could have safely continued to receive oral statin therapy.

In some cases, using PCSK9 inhibitors with lipid apheresis may constitute duplication of therapy. On its own, lipid apheresis sessions reduce levels of circulating PCSK9 more than 50%.14 In addition, although PCSK9 inhibitors help optimize LDL-C reduction in patients with genetic forms of hyperlipidemia, they do not address the underlying genetic defect in FH in most cases.15

Ideal candidates for PCSK9 inhibitors are a vanishingly small group of FH patients. In France, a study of 1358 patients with FH identified just 10 patients with FH due to overactive PCSK9. Only in this very small segment of patients would PCSK9 inhibition actually address the underlying genetic mutation causing the condition.16

(3) Long-term efficacy and safety studies are not mature. Although post hoc analyses of data for both PCSK9 inhibitors show morbidity and mortality benefits, trials proving a prospectively defined morbidity and mortality end point are incomplete. Results of the FOURIER trial with evolocumab are expected in 2017, and ODYSSEY outcomes with alirocumab are expected in late 2017 or early 2018.17,18

The Case for Reserving Therapy

Statins have been used for decades, have a well-known AE profile, and have robust data showing reductions in all-cause mortality. In addition, high-intensity statin therapy can lower initial LDL-C levels by 50% or more.19,20 Although PCSK9 inhibitors are an important therapeutic development, it is important to reserve both the risks and benefits of a new treatment option to patients with high cardiovascular risk who are most in need of advanced therapies.

Michael R. Page, PharmD, RPh, earned his PharmD from the Ernest Mario School of Pharmacy at Rutgers University. He has worked as a community pharmacist at CVS Pharmacy and is currently clinical editor in clinical and scientific affairs at Pharmacy Times. 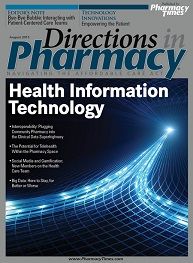